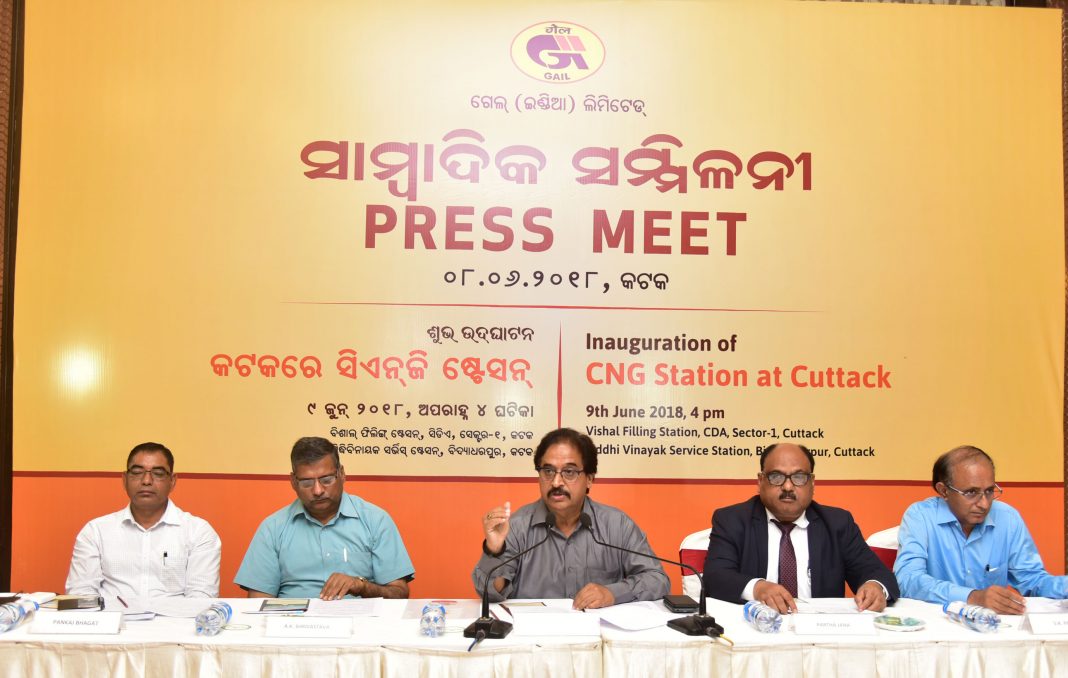 The  GAIL is implementing the Pradhan Mantri Urja Ganga and also the City Gas Distribution (CGD) projects in Bhubaneswar and Cuttack.

Pradhan will inaugurate CNG stations in CDA Sector-1 and Bidyadharpur at Cuttack.

Earlier in December, 2017, the Minister had inaugurated two CNG stations at Chandrasekharpur and Patia at Bhubaneshwar. Two more stations are being constructed in Khandagiri and Tamando.

Over the coming years, around 25 CNG stations will be commissioned in the twin cities to supply CNG to vehicles.

Initially, natural gas is being supplied in special containers called “cascades” which are being transported by road from Kakinada in Andhra Pradesh. Also, provision is being made for L-CNG (Liquefied CNG) for which Infrastructure is under construction at Bhubaneshwar. In this provision, Gas will be transported in liquid form in cryogenic tankers from Dahej, Gujarat to Bhubaneswar/Cuttack.

The GAIL is implementing the project which was commenced by Prime Minister of India in July 2015.