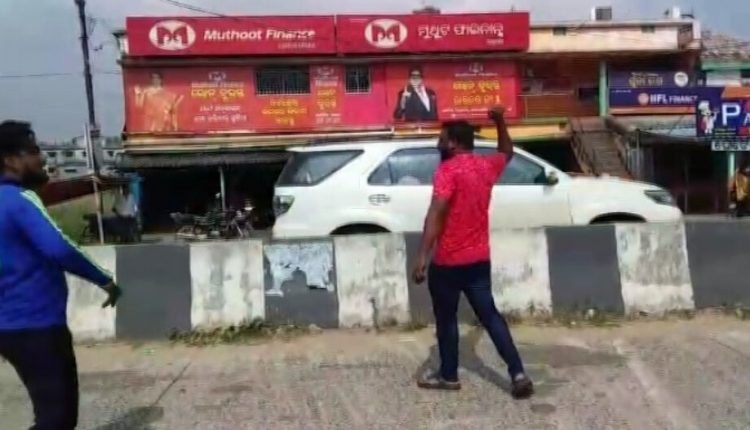 Kendrapada: After Naugaon, Union Minister of State for Jal Shakti and Tribal Affairs Bishweswar Tudu’s vehicle was pelted with eggs at College Square in Kendrapada town on Sunday.

His convoy was attacked with eggs by the student wing of the ruling BJD in protest against the steep hike in fuel prices, while he was on a day visit to Kendrapada.

Notably,  the BJD will hit streets across Odisha from Monday to protest against the rising price of LPG.

On the other hand, Tudu accused the Naveen Patnaik-led government of hijacking all the Centre-sponsored welfare schemes. “When I came back to the state after a month, I saw the posters of the CM at all the houses of the beneficiaries under Jal Jeevan Mission. The government is only interested in branding and doing nothing for the welfare of the people of the state,” he alleged.

Five days ago, members of the National Students’ Union of India (NSUI) had shown black flags and hurled eggs at his vehicle, while Tudu was on his way to attend a school function at Naugaon, over the hike in fuel prices and Kangana Ranaut’s remark on the country’s Independence.