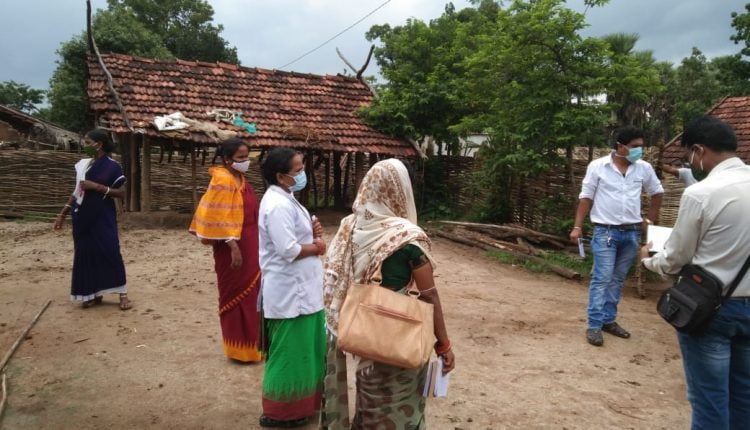 Malkangiri: The death of children reportedly due to an unknown disease in a village of the district was ruled out by a medical team which took stock of the situation on Wednesday.

Following the reports that the unknown disease had claimed the lives of 5 children at Sudhakhunta village under Kalimela block in the last 15 days, the medical team led by Dr Chinmay Panda visited the area.

The team members enquired about the disease from the villagers and interacted with the health workers. They also checked the health condition of the children of the village.

Ascertaining that no child of the village had died of any unknown disease, Dr Panda said it was a rumour and appealed to the villagers not to believe in such claims without making verification from health workers. Anganwadi worker Sumala Bairagi and ANM Jashoda Das accompanied him during the visit.

It may be mentioned that after Japanese encephalitis claimed lives of more than 100 children in the district in 2016, unconfirmed reports of unknown disease have been making rounds after the onset of monsoon every year.

In A First, Doctor Infected With Alpha & Delta Variants Of COVID Together