Unlock 5.0 Guidelines: This Facility Not Cinema Halls To Be Opened In Odisha From Oct 15

UncategorizedFeatured
By OB Bureau On Oct 1, 2020 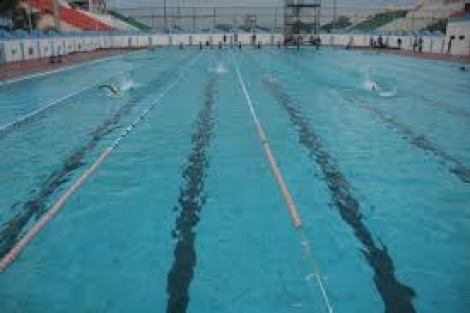 Bhubaneswar: The Odisha government on Thursday issued guidelines for Unlock 5.0.

According to the official notification, cinema halls, swimming pools, theatres and entertainment complexes will remain closed till October 31.

On Wednesday, the Ministry of Home Affairs had permitted the opening of cinemas/ theatres/ multiplexes with up to 50 per cent of their seating capacity from October 15, lifted the restriction on inter-state and intra-state movement, and barred states from imposing any local lockdown outside containment zones.

In Odisha, religious places and places of worship will remain out of bounds for the public. Schools, colleges, universities will also remain closed till October 31 with certain exceptions. Large congregations. Social, political, sports, entertainment, academic, cultural, religious functions and other large congregations have also been prohibited till Oct 31.

Swimming pools owned and controlled by the state govt/recognised by Sports Department will be allowed to open from October 15 for the training of sportspersons, the notification added.

Know which activities & establishment will remain open and closed till October 31: 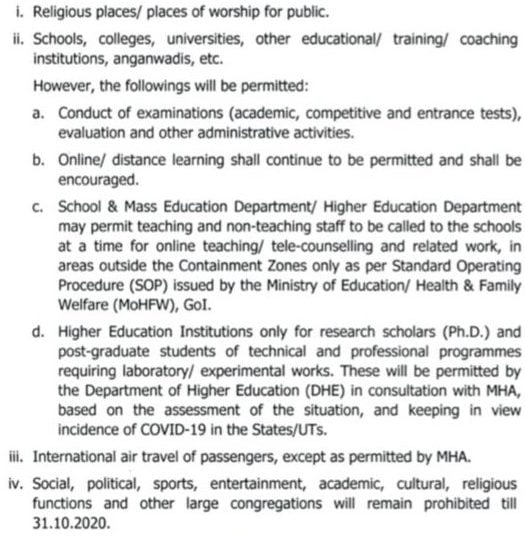 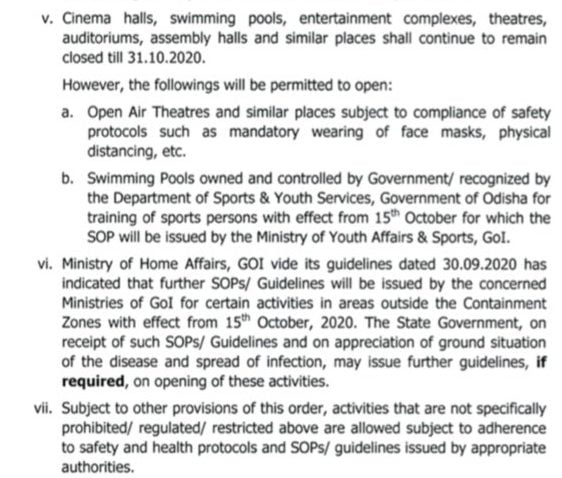