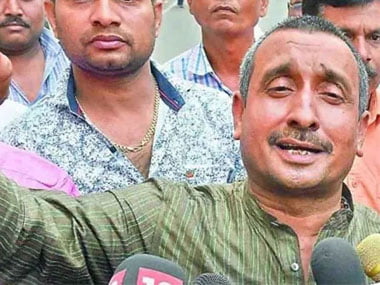 New Delhi: A Delhi court on Friday awarded life imprisonment to former BJP MLA Kuldeep Singh Sengar for raping a woman in Unnao, UP, in 2017. Sengar will now remain in jail for the remainder of his life.

District Judge Dharmesh Sharma also imposed a fine of Rs 25 lakh in the case and directed the rape survivor to be paid Rs 10 lakh as compensation.

The court had convicted Sengar on Monday for rape under the Indian Penal Code and POCSO Act.

However, the court acquitted co-accused Shashi Singh, who allegedly took the minor to Sengar, on “benefit of the doubt”.

The case was heard on a day-to-day basis at Tis Hazari court after it was transferred to Delhi from a Lucknow court on the Supreme Court’s directions.