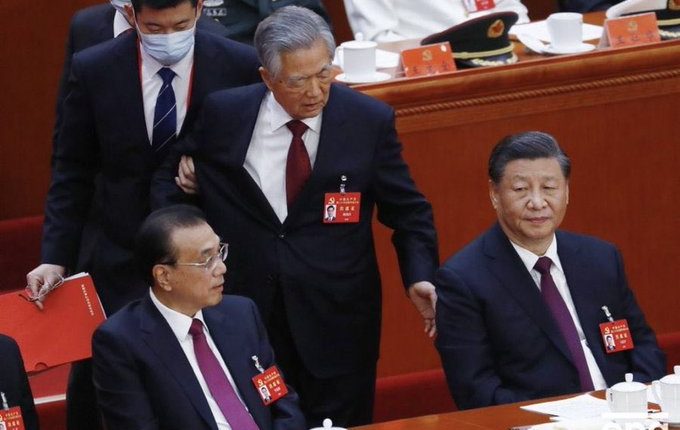 Bejing: China’s President Xi Jinping has secured a historic third term as the country’s leader, cementing his place as the nation’s most influential ruler since Mao Zedong.

He was anointed on Sunday as China’s uncontested leader of the ruling Communist Party for at least five years after filling the newly announced Politburo Standing Committee (PBSC) with all of his allies. He is certain to sail through to a third term as China’s president, scheduled to be formally announced during the government’s annual legislative sessions in March next year.

Second-ranked Li is likely to take over from outgoing Premier Li Keqiang as the new Premier in March, while Zhao is likely to head the National People’s Congress, or Parliament. Li was on Saturday appointed as the new head of the powerful CCDI, the anti-corruption agency, The Hindu reported.

It is for the first time in 25 years that no woman is in the CPC politburo.

On Saturday, the first meeting of the new Central Committee at Chinese Party Congress saw former leader Hu Jintao (79), once a power centre in the party, being unexpectedly escorted off stage.

Over 4,000 Fake Enrollment Of Students Found In Primary Schools Of Odisha’s Jagatsinghpur