UP Journo Beaten By Railway Cops 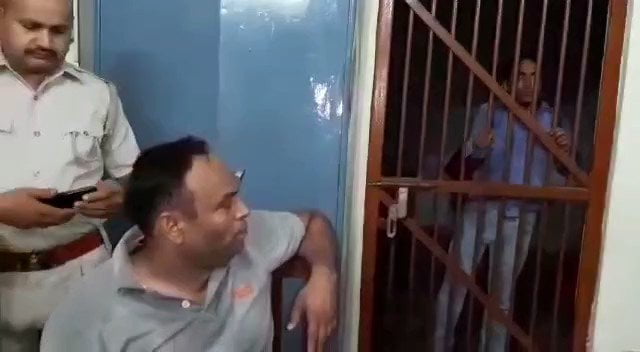 A video of a journalist being beaten by some Railway police personnel in western Uttar Pradesh’s Shamli area has gone viral, triggering protests.

The video first posted on Twitter shows the GRP personnel repeatedly slapping and thrashing the journalist while he tries to reason with them. The assault continues even as a senior GRP officer looks on.

Later, the journalist alleged that he was subjected to torture.

According to ANI, the journalist associated with a news channel, said, “They were in plain clothes. One hit my camera and it fell down. When I picked it up, they hit and abused me. I was locked up, stripped and they even urinated in my mouth.”

The journalist was allegedly thrashed when he was covering a train derailment at Dhimanpura on Tuesday night.

The incident came on the heels of the Supreme Court castigating the Uttar Pradesh government for arresting journalist Prashant Kanojia for posting tweets on Chief Minister Yogi Adityanath.

Love Story 2020: A Marriage Made In Hospital