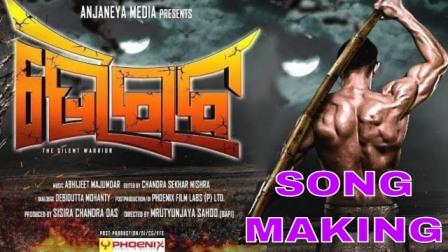 Bhubaneswar: The music release of upcoming film ‘Bhairav’ was recently organised in the state capital.
Produced under the banner of Anjaneya Media, the film has been directed by Mrutyunjaya Sahoo and music scored by Abhijit Majumdar.
A triangular love story, the film has comedy king Papu Pom Pom, newcomer Elsa Ghose and Mumbai-based Asit in the lead roles.
Majumdar is confident of striking a chord with audience with his music. While Rituraj Mohanty of Raw Star fame has rendered the title song, Humane Sagar, Pragyan and Abhijit himself have lent voice to other melodious numbers.
While Papu in his usual comical best, Asit has a serious role in the film. Papu Pom Pom and Elsa’s dance number ‘dho dho dho sabun lagei dho….’ is going to hit the market soon. The film is scheduled to be released by the end of August.