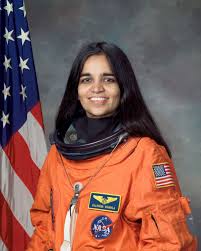 Washington DC: Northrop Grumman, a US private firm dealing in space, aeronautics and defence has named its latest spacecraft mission after the first woman astronaut of Indian origin to enter space, Kalpana Chawla, under its NG-14 mission on Wednesday.

According to a News18 report, the firm is set to launch the Cygnus spacecraft meant to carry cargo into the International Space Station and S.S. Kalpana Chawla will be mounted atop the firm’s Antares rocket. It is a two-stage vehicle with an optional third stage that provides low-Earth orbit launch capability for payloads weighing up to 8,000 kg.

“It is the company’s tradition to name each Cygnus after an individual who has played a pivotal role in human spaceflight. (Kalpana) Chawla was selected in honour of her prominent place in history as the first woman of Indian descent to go to space,” Northrop Grumman was quoted in a statement by News18.

On February 1, 2003, Chawla died in the Space Shuttle Columbia disaster along with the other six crew members, when the spacecraft carrying them disintegrated over Texas during re-entry into the Earth’s atmosphere, shortly before it was scheduled to conclude its 28th mission.

Reportedly, the Northrop Grumman said that while Chawla made the ultimate sacrifice in service to the space program, her legacy lives on through her fellow astronauts and those she has inspired to follow in her footsteps.

20 Seasons But No More: Keeping Up With The Kardashians To End In 2021

‘Thanks For Flying SpaceX’: Hopes Up For Private Space…

Raising The Bar: Hollywood Superstar Tom Cruise To Shoot A…