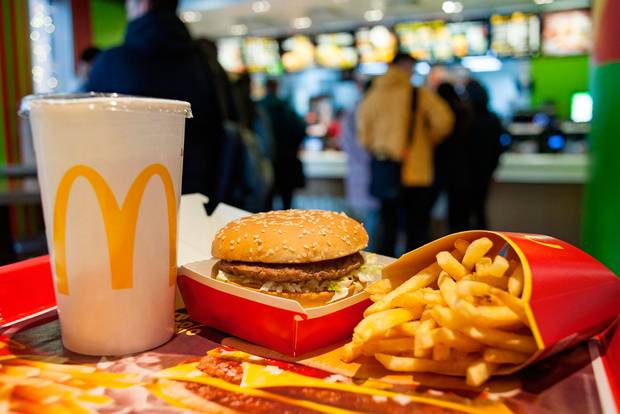 New Delhi: A pregnant woman and her fiance were on the way to a hospital when she gave birth with the assistance of restaurant staff in a nearby McDonald’s in the United States, the New York Post reported.

According to the outlet, the parents Alandria Worthy and Deandre Phillips were on the way to an Atlanta Hospital on November 23 when they stopped at McDonald’s for a quick bathroom break. When the manager, Tunisia Woodward, entered the restroom, she was shocked. The manager said that Ms Worthy was yelling because her water broke.

“I’m in labour. Somebody get the man in the car,” Worthy screamed, the Post report said. The manager then called co-workers Sha’querria Kaigler and Keisha Blue-Murray to help deliver the baby girl.

One of the co-workers called 911 and the other helped the father-to-be who realised that his little girl was about to be delivered in the eatery. “The ladies at McDonald’s were at her front side, holding her hands,” Phillips told the Post.

“I had her feet propped up on my knees. We told her to push three pushes,” he continued.

Nandi Ariyah Moremi Phillips was delivered in good shape in less than 15 minutes. She was nicknamed “Little Nugget.” As per the outlet both the mother and baby are doing fine.

“We are all mothers, and so we put our heads together, and all we needed daddy to do was catch the baby – and he did,” Manager Woodward told The Post.

According to the outlet, franchise owner Steve Akinboro said he was giving the staff members who assisted in the birth $250 gift cards each. “We don’t just serve food. We strive to serve feel-good moments every day, and this was in fact the epitome of a feel-good moment for my team,” he added.