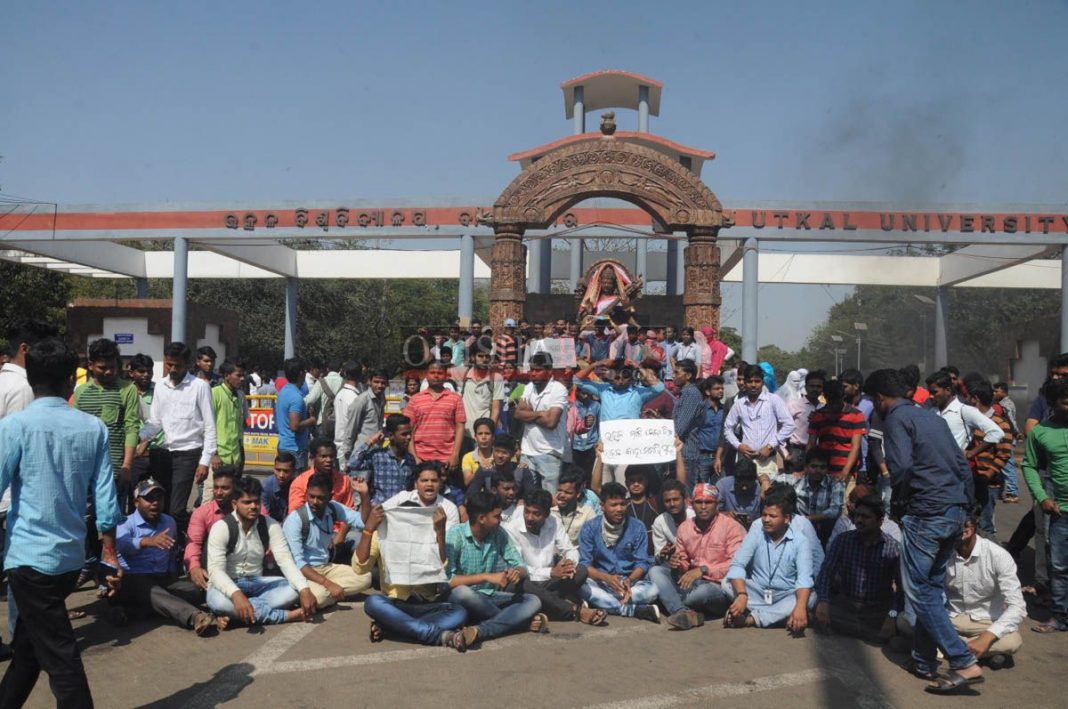 Bhubaneswar: Hundreds of students of Utkal University, supported by the University staff and teachers, on Thursday staged a road blockade on National Highway-5 near Vani Vihar Square in protest against the decision of the Odisha government to set up the second campus of Rama Devi Women’s University in their premises.

Vehicular traffic came to a standstill due to the blockade.

Following the incident, Shahid Nagar police rushed to the spot and tried to pacify the students but to no avail. The irate students warned that they would continue the protest till the government withdraws its decision on this issue.

Taking note of the situation, vice chancellor of Utkal University SM Patnaik had a meeting with the senior government officials. However, the outcome of the meeting was not known.

The irate students of Utkal University, who on Wednesday had staged a sit-in dharna in front of the main gate against the decision of the government, said they would fight against the one-sided decision taken by the government and not allow a single inch of land.

“The state government instead of identifying land for the second campus of Rama Devi in some other areas in Bhubaneswar has decided to set up the campus on 30 acres of land inside the premises of our university. We will not accept the decision under any circumstances,” said an agitating student.

The other members of the committee include RD Women’s University Vice-Chancellor Padmaja Mishra, Additional Secretary to Higher Education Department and a representative of General Administration (GA) Department.

The committee will submit a detailed report in this matter to the government by February 15.

The Final Goodbye: Here Is How Corona-Hit Countries Are Performing Funerals

Humans Are In Lockdown, Not Humanity, Says Subroto Bagchi As Landlords Throw Nurses…