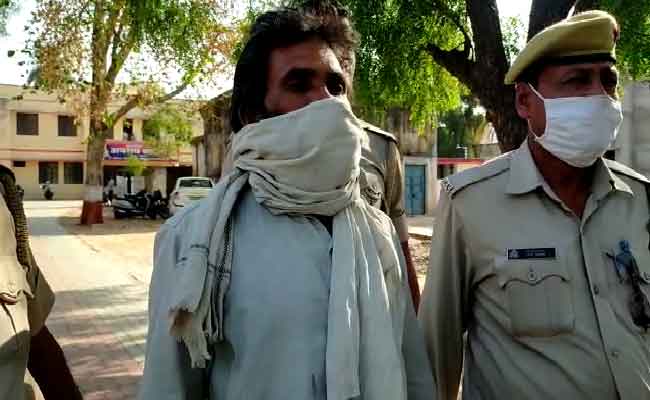 Sonepur: A man from Uttar Pradesh has been arrested for his alleged involvement in the brutal murder of three members of his in-law’s family at Silati village in Odisha’s Sonepur district in July last year.

Informing about the arrest of Pupu Sen on April 2, Lalitpur SP Pramod Kumar said that the accused, a native of Lalan village in Mirzapur district of Uttar Pradesh, had married a woman of Silati village under Binika police limits. Later, he took his wife to Uttar Pradesh.

His wife, having four sons, had a relationship with one Rahul with whom she later eloped. To avenge his wife infidelity and elopement, Papu murdered Rahul’s father on July 16 last year. He arrived at Silati village on July 22 and killed his father-in-law, mother-in-law and brother-in-law.

He had hacked the trio to death with an axe.

The SP said that the accused during interrogation said that he killed the three as they had told his wife to divorce him.

“While hunting for the accused, we received information from Binika Police about his complicity in the triple murder. To ensure his arrest at the earliest, the UP Police had announced a cash reward of Rs 25,000 on his head,” the SP added.

He said that the accused was finally arrested on April 2 while he was plotting to murder Rahul.