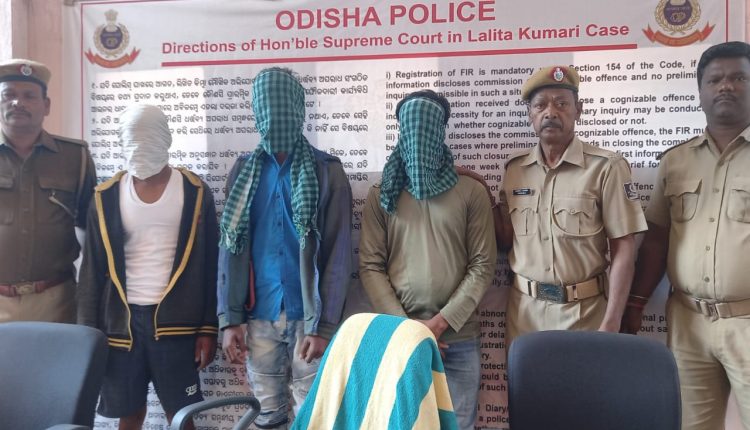 Koraput: A man from Uttar Pradesh was allegedly murdered for Rs 10,000 in Odisha’s Koraput district recently.

Speaking to media persons on Saturday after police arrested three accused in the murder, ASP Utkal Keshari Dash said the victim was identified as Aman Jaswal belonging to Jagdalpur in Uttar Pradesh. He along with his friends had come to Koraput on September 9.

They had given Rs 10,000 to Dhanurjay Soura of Kotpad in the district to procure cannabis plants. But Soura continued to delay in supplying the plants to Aman. As several days passed by and Soura did not give the plants, Aman’s friends returned to UP leaving him behind in Kotpad.

After a few more days, Aman told Soura to return his money or give the plants so that he can return home. Though Soura had already spent the amount and could not arrange the money, he along with Dhanurjay Bandhani and another person hatched a plan to eliminate Aman, said the ASP.

As per their plan, they took Aman to a forest telling him to shoe the cannabis plants. There, they killed Aman by hitting him with a sharp weapon and threw his body there. A few days after, Soura and his accomplices again went to the spot to verify whether Aman had died or not. They undressed his clothes and threw those at another place. They dumped the body in a stream near the forest.

However, the locals found the body and informed the police. After registering a case, police arrested the three persons and would forward them to the court on Saturday, said the ASP.

Rishabh Pant Likely To Be Airlifted To Delhi For Plastic Surgery: DDCA