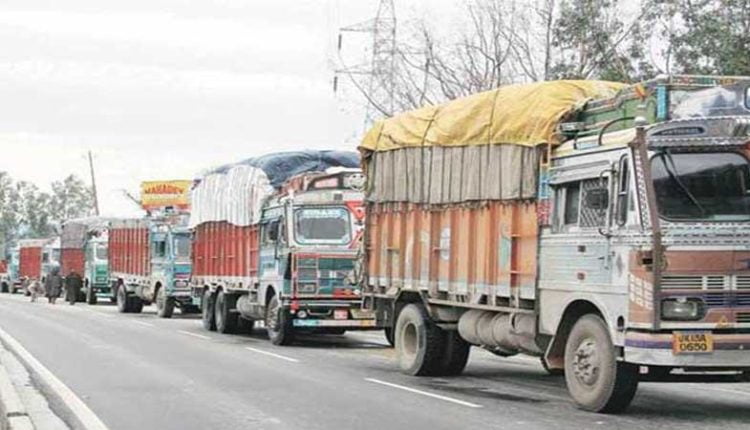 Bhubaneswar: Vehicular movement on National Highway-16 running through the city was disrupted on Saturday as members of Naba Nirman Krushak Sangathgan (NNKS) and other farmers’ organisations resorted to ‘Chakka Jam’ in response to nationwide protest called against the Centre’s farm laws.

The protesters blocked the busy national highway at Hansapal Square on the outskirts of the city by forming human chain on the road from 12 noon. With adequate police forces deployed at strategic places in the Capital, there was no untoward incident till the report was filed.

All India Kishan Sangharsh Coordination Committee (AIKSCC), an umbrella organisation of different farmer outfits, had proposed to block national and state highways for three hours from 12 noon to 3 pm.

According to sources, the farmers staged ‘Chakka Jam’ at 23 places across the state as a show of solidarity with the cause. The activists of Akhil Bharatiya Krushak Sangathan and the CPI blocked the NH-16 stretch near Uttareshwar in Soro of Balasore district, the sources added.