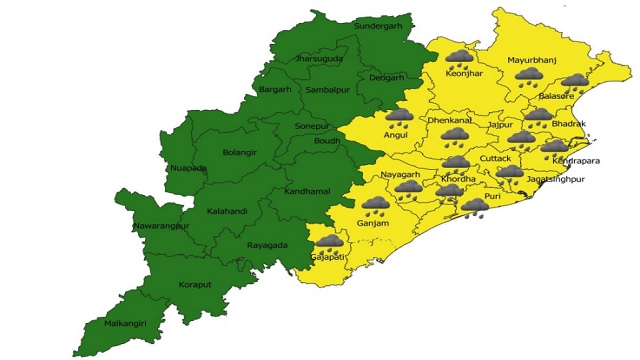 Bhubaneswar: The India Meteorological Department (IMD) on Friday issued a heavy rainfall warning for several districts of Odisha with the intensity of downpours likely to increase from October 2 to October 5. 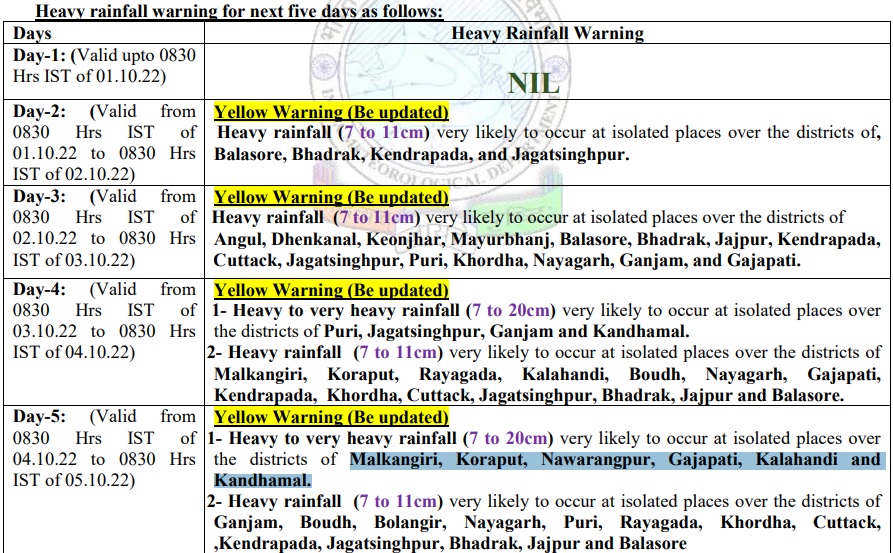