New Delhi: Sushant Singh Rajput’s death has opened a can of worms with revelations of nepotism, cliques, dirty rivalries and star egos in the Bollywood film industry flooding media and social media on a daily basis.

Now, veteran journalist Sekhar Gupta has exposed the tantrums and arm-twisting by big Bollywood names at film award functions, with “dissatisfied” stars and their cliques refusing to accept the awards and even threatening not to perform or boycott the events.

Writing for The Print, Gupta gave several instances when he had to face such “selfish” acts and pressure tactics by popular names from the film industry during his stint as the CEO and editor-in-chief of The Indian Express Group, which gave out the annual Screen Awards.

Here are some of the instances: 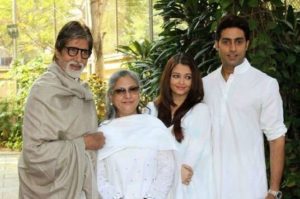 In 2004, the entire Bachchan clan boycotted the Screen Awards event because of “one such dissatisfaction”. 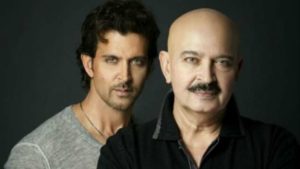 In 2007, Hrithik Roshan, who was chosen best actor (male) for ‘Krrish’, sent word an hour before the event that he would come and perform as contracted, but he wouldn’t accept the award. His gripe was that “the jury did not recognise the phenomenal talent” of his father Rakesh Roshan (who was also the film’s director). Hrithik did finally relent, but boycotted the customary post-awards star party. 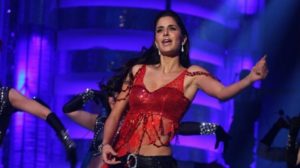 In 2010, Katrina Kaif was contracted to perform at the award show and was paid fully in advance. However, minutes before her performance, she threw a tantrum. “Katrina was all dressed and painted up to perform. And then, the outburst. Why do they always call me but give me no awards,” Gupta recalled about his meeting the actress in her vanity van to plead with her. The organisers had to “invent” a popular choice award to placate her.

In 2011, Shah Rukh Khan-starrer ‘My Name is Khan’ was not nominated by the jury for any of the awards. Incidentally, Shah Rukh was also a contracted performer and a stage presenter at the show. Just three days before the award function, however, there were threats of a boycott from “people around the film”. Gupta recounted that he had to field long, pained, hurt calls from Karan Johar, who simply wouldn’t accept that the jury had not found the film worthy of an award. 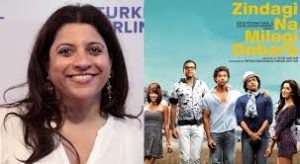 In 2012, the best film award was shared between Milan Luthria’s ‘Dirty Picture’ and Zoya Akhtar’s ‘Zindagi Na Milegi Dobara’ (ZNMD). However, Zoya lost to Luthria in the best director category.

On the day of the awards, the cast and crew of ‘ZNMD’ said they were boycotting the event and would not appear on stage to even accept the ‘best film’ award. Desperate over the threat, Gupta called Javed Akhtar to plead with him. “I did get a call back from Farhan. He turned up, sullen and in a black tee. He said while he might have come there out of respect (not for the jury), he wouldn’t accept the award on the stage. He left in a few minutes,” Gupta reminisced.