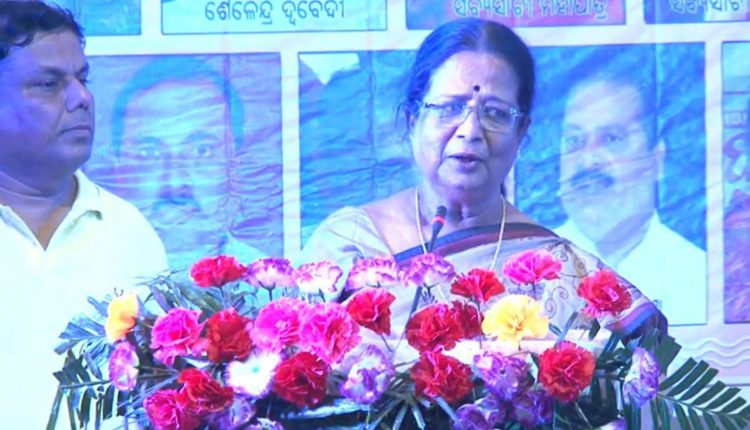 Cuttack: Veteran Odia film actress Jharana Das passed away at her residence in Chandi Road area of Odisha’s Cuttack late on Thursday night. She was 82.

Born in 1945, Das had been suffering from old age ailments for quite a long time. Several noted actors and her fans thronged her residence to pay their last respects.

Chief Minister Naveen Patnaik expressed deep grief over her demise. “Her impactful performances on stage and film will always be remembered. May her soul rest in peace and convey my condolences to the bereaved family,” he tweeted.

CM Naveen further announced that the last rites of the eminent actress will be performed with full state honours.

She was popular for her memorable roles in classic films like Amada Bata, Abhinetri, and Malajanha. She was a prominent child artist on All India Radio, Cuttack, that laid her foundation as an outstanding actress.

Besides, she had also worked for Doordarshan in Cuttack as an Assistant Station Director and acted in TV shows. Das had also directed a biographical documentary film on noted Odia politician, Harekrushna Mahatab.