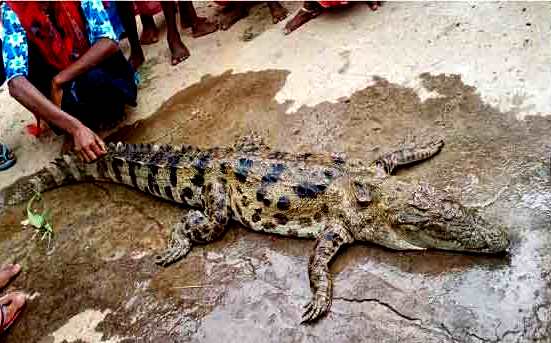 According to sources, some youths of Kaladapalli village under Padia police limits caught a 10 feet long crocodile from a river near their village on Tuesday. After tying up its mouth with a rope, they brought it to their village. They then killed the crocodile using sharp weapons after hanging it upside down from a tree.

The villagers later cut it into pieces and distributed the meat among themselves.

The incident came to light after a video of the killing of the crocodile went viral on social media.

Asked about the incident, Forest Ranger of Kalimela, Ramachandra Madkami said though a team of forest staff has left for the village, no specific information is available till now.