Villagers Protest Death Of Person In Custody In Odisha’s Bargarh 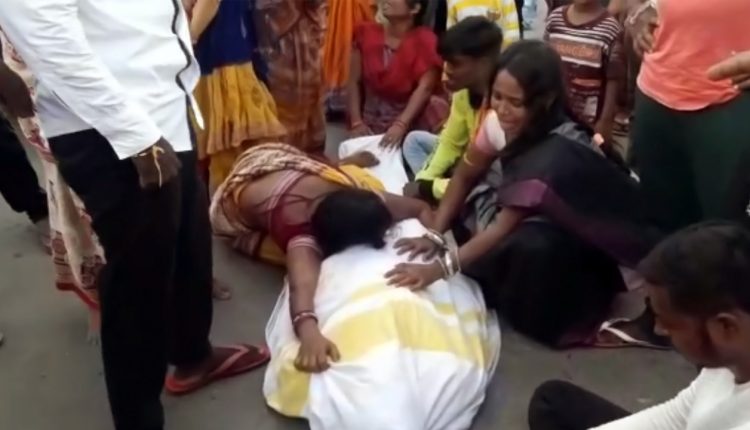 Bargarh: There was a commotion in front of the District Headquarters Hospital at Khedapada near here Saturday morning when a group of villagers from Tora confronted with the police over the death of a person in police sustody the previous night.

The trouble ensued after the villagers alleged that the city police picked up Govind Kumar (25) from his house at Tora Friday night and he was found dead Saturday morning.

Meanwhile, Govind’s brother Jiten Kumar went to the seventh floor of the hospital and threatened to commit suicide by jumping if the district administration did not take disciplinary action against the police responsible for his brother’s death and pay suitable compensation to the bereaved family.

However, several villagers and officials brought Jiten down with the help of Fire Services personnel.

Govind’s relatives said Govind was fast asleep after super Friday evening when a posses of policemen reached his house and took Govind with them before he was found dead the following day. The bereaved relatives held up traffic near the hospital by placing the body on the road demanding compensation for the death.