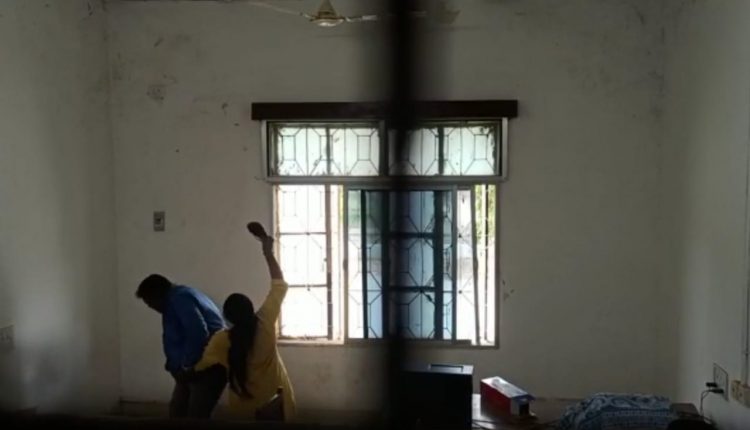 Berhampur: A video of a woman beating an Assistant Professor of Berhampur University with her footwear went gone viral on social media last night.

The victim has been identified as Anil Kumar Tiriya, Assistant Professor of English Department at Berhampur University. Incidentally, the woman seen thrashing him in the video is his wife.

According to sources, the incident took place around 11.30 am on Saturday when his wife barged into his chamber and bolted it from inside. While hurling abuses at him, she picked up her footwear and thrashed him. She can be heard saying, “bahut achcha kaam kar rahe hai”.  This continued for a few minutes before the Assistant Professor snatched the footwear and threw it away

Hearing the commotion, some staff of the varsity reached there and asked the woman to open the door. When she did not pay heed to it, security personnel of the varsity were called in to rescue the Assistant Professor. Following repeated requests from the faculty members, she finally relented and opened the door.

The university staff were unaware of the fact that the woman, who was assaulting the Assistant Professor physically, was his spouse. They later managed to pacify the couple and bring the situation under control, the sources added.