Virat Kohli’s ‘Perspective’: What If I Fall? 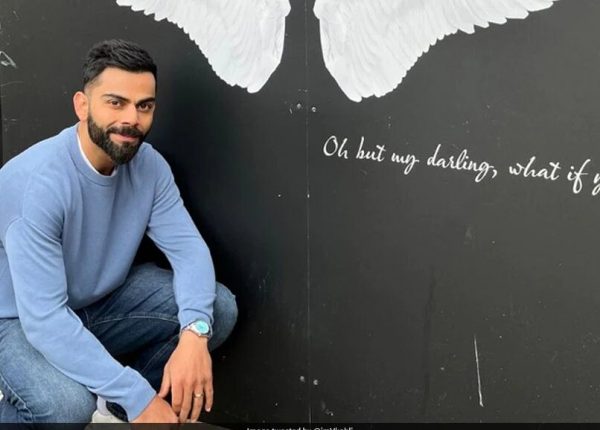 New Delhi:  It’s been a rough patch for the former Indian captain, Virat Kohli in international cricket at the moment. Once known as the run machine, he has not scored a century in more than three years now. So much so, that even his 50s, 60s  and 70s have dried up leading to him even fighting for his place in the T20 side.

He has also come in for bashing for the poor innings during the England tour. Critics want him to be dropped. However, Kohli has got solid backing from his team management including captain Rohit Sharma. According to him, Kohli remains a vital cog in the wheel for India.

On Saturday, a day before the third and last India vs England ODI, Kohli sent a cryptic post across his social media handles. He got his photo clicked with an inspiring quote and posted it on social media. The post reads: ‘What if I fall! But my darling, what if you fly’.

He had a single-word caption with it too – ‘Perspective.’

Fans have come in support of the batter, saying that he will soon come out of the bad phase and score tons of runs again.

Replying to Kohli’s post, Kevin Pietersen said: “You go big guy! People can only dream what you’ve done in cricket. And they’re some of the best players that have played the game.”