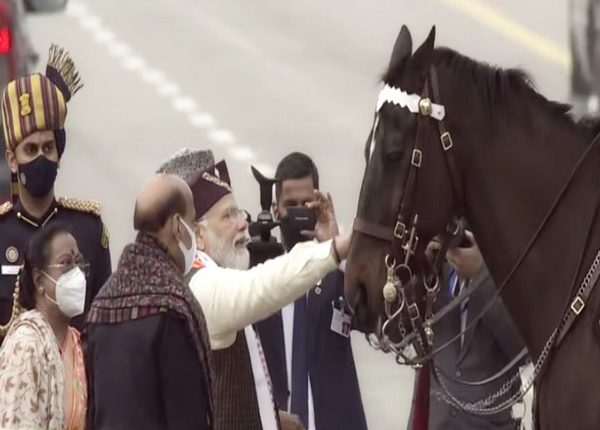 Having served the Indian Army’s oldest regiment for 18 years, the horse was given an emotional farewell by President Ram Nath Kovind, Prime Minister Narendra Modi and Defence Minister Rajnath Singh after the ceremonial parade.

Here we bring you some details of Virat.

He arrived in the President’s Bodyguard regiment as a three-year-old from the Remount Training School and Depot, Hempur, in 2003,

The mounts of President’s Bodyguard, a cavalry of 200 men, go through a rigorous training programme even before they are picked

Since the riders are mandated to be at least six-feet tall, the mounts are a minimum of 15 hands (157.5cm) tall

Called King of horses, Virat reportedly can hear the faintest of whispers of his rider despite the loud sounds during ceremonies.

This Hanoverian horse, imported in 1997, has earned praise for its flowing mane, dazzling tail, natural high arch of head with a soft eye, according to News9live.

However, unlike Team India’s captain Virat Kohli, this handsome horse is very calm and his admirers say, the President’s Bodyguard horse is a ‘Calm influencer’.