Vivek Oberoi Panned By Social Media; Find Out Why 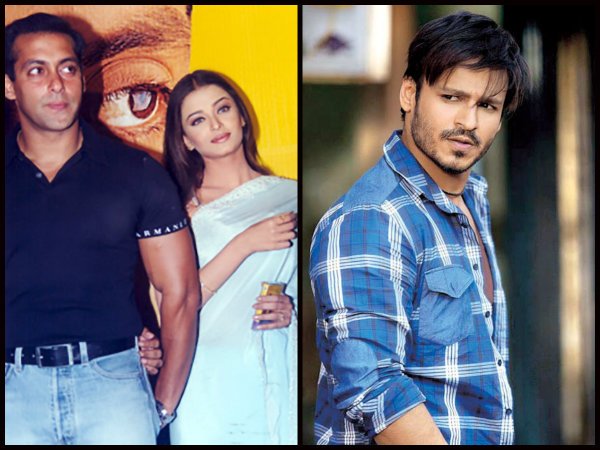 Vivek, whose upcoming movie on Prime Minister Narendra Modi is already in the eye of the storm, posted a meme of Aishwarya along with Salman Khan, drawing instant outrage from the netizens.

He drew a comparison between the poll results and Aishwarya Rai’s personal life. He took a sly dig, stating that once Aishwarya dated Salman Khan (referring to it as opinion poll), but later moved on to Vivek Oberoi (exit poll). However, she ended up marrying Abhishek Bachchan (the end result).

Panning his tweet, users wondered whether drawing such an analogy made any sense.

Another one said, “This is in such poor taste.. one’s personal life is not to be discussed here.. remember there are 4 individuals who are father/ mother/ brother /sister .. and everyone has moved on…

The actor has now been served a legal notice by National Commission For Women (NCW).

NCW chairperson Rekha Sharma not only called Vivek Oberoi’s tweet “distasteful” and “disgusting”, but also said that a legal notice will be served to the actor.

This tweet is absolutely Disgusting, distasteful, and degrading a women. @NCWIndia will be serving notice to @vivekoberoi https://t.co/Np0APTMzIZ

Four Held For Impersonating During Exams In Bhubaneswar