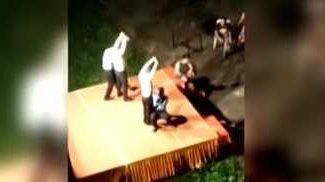 Sambalpur: The authorities of Veer Surendra Sai University of Technology (VSSUT), Burla, on Thursday debarred ten students from appearing in exams for a period of one year for allegedly ragging junior students.

The Odisha government had ordered a probe into the incident after a video of the indiscriminate and inhumane torture by the seniors on the hostel premises went viral on social media.

The authorities have also fined 52 hostel boarders, involvement in the ragging. They have been asked to deposit Rs 2,000 each.

The stringent action was taken in accordance with the recommendation of the disciplinary committee of the university.

In the video, about 100 senior students were seen tearing the shirts of more than 50 junior students inside the dining hall of the hostel during the welcome ceremony. They also slapped the juniors after asking them to run down the stairs. The freshers were made to dance in undergarments.

Recovering Metals From Scrap Must for Sustainable Development