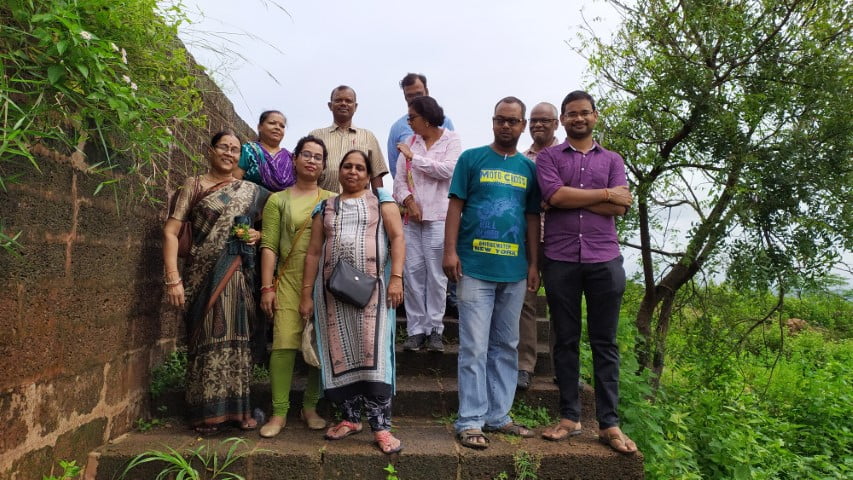 Bhubaneswar: Odisha, with its rich history, heritage structures, pristine beaches and undiluted landscape, has never ceased to cast a spell on visitors.

It’s not enough even if you have visited the State a hundred times because it takes a lifetime to discover Odisha, India’s best kept secret. A group of 10 visitors on a heritage trail to Jajpur district on Sunday would vouch for this.

This group of heritage and nature enthusiasts visited various monuments and places in Jajpur district, touching little-known spots on the way which are not yet popular on the tourist map.

The trip was organised as part of the ‘Aitiha’ initiative of a team from the Twin Cities of Cuttack and Bhubaneswar.

“We never knew that Jajpur had its share of ancient history and heritage. We normally make a visit to Biraja temple and never tried to explore the nearby areas. it’s really fascinating to see that there is a beautiful Brahma Kunda nearby,” said Ashis Sahu, one of the members in the group.

“It’s really wonderful to know about such lesser-known heritage monuments in Jajpur beyond the Buddhist circuit,” said Arobinda Mohanty, another member in the group.

This was a maiden heritage trip but the Aitiha initiative organisers are planning many more as winter approaches.

“Since winter season is approaching, we are working on our strategy and timings, so that people who are enthusiastic for such tours, can comfortably attend. We will soon disclose the dates of our next tour with some surprises”, Taranisen Pattnaik, one of the co-founders of the organizing start-up said.

Aitiha’s aims to make more people aware of the little known sites along with the popular ones, be it heritage, culture or nature.