New Delhi: The fugitive Indian businessman Mehul Choksi saga had a sensational twist on Monday. People in the know of the matter, as well as the fugitive businessman’s lawyer, claimed that a woman, who had befriended him over the past six months, played a significant part in his disappearance from Antigua and reappearance in Dominica.

Snaps of the woman, identified as Barbara Jarabica, were released by Antiguan media along with details of her education and employment. The news of the woman first emerged on Saturday, when Antiguan Prime Minister Gaston Browne claimed that the businessman fled the island for Dominica last Sunday accompanied by his “girlfriend”. 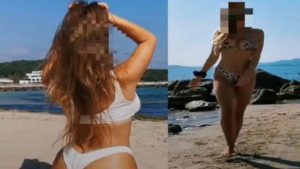 Choksi’s legal team has claimed that he was abducted from Antigua and brought to Dominica by Indian and Antiguan officials. His lawyer Vijay Aggarwal suggested on Monday that Choksi may have been honey-trapped.

“I have been informed that there was some lady who was the part of the team deployed to trap and abduct Mehul Choksi. Initially, she was staying near the residence of Mr Choksi. She got friendly with the whole family during her evening walks. Later, she shifted the residence and invited Mr Choksi to her house for a short while. There were other members of the team waiting (at her house) deployed to pick Mr Choksi. They grabbed him, threw him in a yacht and took him to Dominica. As Mehul Choksi was not carrying his passport and that lady has vanished, this is sufficient to vindicate the stand that he was abducted,” Agarwal was quoted as saying in a statement by Hindustan Times.

Choksi, who has been residing in Antigua and Barbuda since 2018 after taking citizenship in 2017 under the Citizenship by Investment programme, reportedly fled to Dominica on May 23 before being nabbed on May 26.

Choksi is wanted in India by the central agencies CBI and the ED in the Rs 13,500 crore PNB loan fraud case.

No Vaccination Of People Aged 18 Years & Above In Bhubaneswar From June 2!

After World’s Longest Lockdowns, Restrictions To Be Eased In This City