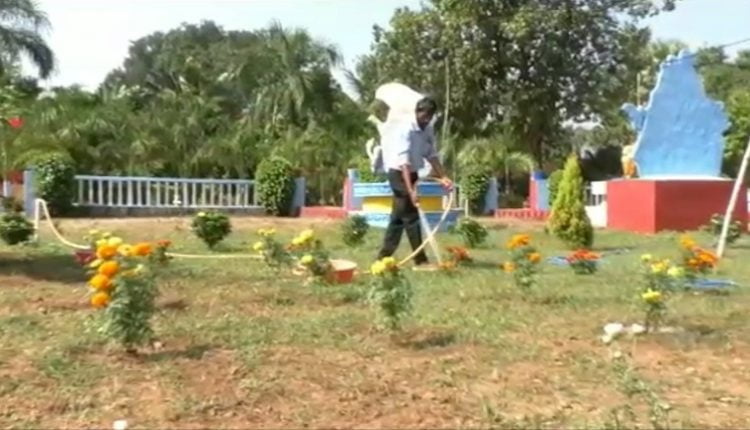 Malkangiri: On one hand, the Odisha government has launched a transformation programme for schools under its 5T initiative. Under the first phase, 240 schools have been ‘transformed’ or modernised in six districts.

The government programme apart, there are individual efforts also that are helping ‘transform’ schools in backward regions of the state. These efforts may not match the resources and scale of state programmes but stand out as shining examples.

The primary school in Jaban Palli, a tribal village under Kalimela block in the Moist-infested district, is one such example. A dilapidated structure where only 50 tribal boys and girls studied, the school now boasts of over 2,000 students.

The seeds of the transformation were sown in the year 2006 when Naba Kishore Mallik took charge of the school. The first thing he did to attract students was to enrich the campus with ample green cover. Thanks to the consistent student-friendly measures adopted by him and his team, today the school has a whopping 2,015 students.

Mallik has won various state and national awards for his effort at igniting young minds, including the ‘Prakruti Bandhu’ award for his service to the environment. He has earned praise not only from Chief Minister Naveen Patnaik but also from Prime Minister Narendra Modi and President Ram Nath Kovind.

The school also has an Eco Club with a beautiful garden and park. And interestingly, none of this has been done with any government aid but by contributions from Mallik’s salary and other like-minded people.

Not only Jaban Palli but parents from other villages also want to send their kids to this school. Many youngsters, who were going astray due to lack of studies, have been brought into the mainstream by the school.

Block Education Officer Ramesh Badai said, “The school has been developed extremely well by Mallik. I will apprise the DM of the need for more classrooms and drinking water. I will take it up with the BDO.”

“Not only the school but the village has also got transformed by it. People were scared to come here earlier but today they come to see the school. Our students are pursuing higher studies in colleges and universities. The literacy rate of the village has gone up to 100 per cent now,” Mallik, the headmaster, said.

Kabasi Madkami, a student, said, “The teachers are very helpful. The ambience is also good. There are idols of Ma Saraswati and Bharat Mata on the campus. There are CCTV cameras for our safety. We learn English, Odia and our tribal languages here.”

Mallik is a blessing for the school and the village, and even beyond. But what will happen after he leaves? Locals said the government must bring the school under its 5T model. Adequate government support is must for its future growth, they added.

Omicron In India: New Variant Travels To Northeast And Goa