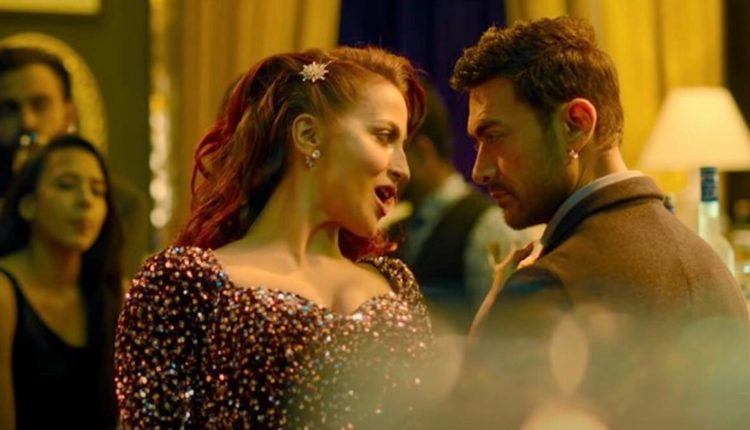 This is the first time that the two have come together. Collaborating for the first time.  ‘Har Funn Maula’, which was released on Wednesday, has a mysterious vibe to it. The video has stunning bright visuals and has been shot in a lavish setup. The choreography is by Bosco-Caesar vibe to it, and the dance moves are a fusion of Broadway and jazz.

Aamir smoking a pipe, drinking and sitting with “EGO” in the backdrop somewhat reminds one of another pipe-smoking hero of yesteryears, Ashok Kumar.

The song has been composed by Tanishk Bagchi and written by Amitabh Bhattacharya, while Vishal Dadlani and Zara Khan have sung it.

Aamir agreed to feature in the special song from the upcoming film ‘Koi Jaane Na’, to support his friend Amin Hajee, The Indian Express (TIE) reported.

The movie stars Kunal Kapoor and Amyra Dastur in the lead roles. Touted to be a psychological thriller, it has been produced by Bhushan Kumar’s T-Series and Amin Hajee Film Company, and is slated to release on April 2, the report added.

Speaking about having Aamir on board for the special song, Amin was quoted as saying, “Both in my life and now the movies, Aamir has always stood by me Rock-solid! He has always encouraged me towards cinema, writing and direction. The song is different which Aamir liked and I am so grateful he readily agreed to be a part of it. Elli has killed it with her moves in the song.”

72 Patients Recover From COVID-19 In 17 Dists Of Odisha