Bhubaneswar: Air Marshal Dilip Kumar Patnaik, the Eastern Air Command chief and the first Odia to fly the Rafale fighter jet on Monday, is also a Kargil War veteran who flew combat sorties during the conflict with Pakistan in 1999.

On Monday, Air Marshal Patnaik, who hails from Bhubaneswar, flew the Rafale at the Hasimara airbase in West Bengal.

Air Marshal Patnaik was a Squadron Leader during the Kargil War. In an interview to NDTV in 2016, when asked if he was nervous before missions, he said, “Once the aircraft engines started up, everything was normal. We trained for it. However, a slight amount of apprehension was there. I suppose it’s just human to have that kind of apprehension ahead of the first sortie.”

On June 17, 1999, Air Marshal Patnaik was among “the first pilots to spot and attack the key Pakistani outpost at Muntho Dhalo, the main Pakistani administrative and logistics base set up on encroached Indian territory in the Batalik sector in Ladakh”, according to the NDTV report.

When NDTV spoke to him in 2016, Air Marshal Patnaik was an Air Vice Marshal and a war veteran. The biggest worry was ensuring the safety of Indian soldiers. “Any miss would mean hitting your own troops which would be inviolate. Secondly, the Line Of Control was just 6 km north of this (from where the IAF was operating). We had our instructions not to cross the LoC,” he told in the interview.

The IAF pilot is an alumnus of Kendriya Vidyalaya No.1 and DM School, Bhubaneswar.

He was commissioned into the Fighter Stream of the Indian Air Force (IAF) on June 8, 1984.

Eastern Air Command chief Air Marshal DK Patnaik flew a sortie in the Rafale fighter jet at the Hasimara airbase in West Bengal on Monday, 23rd May. The Rafale squadron in Hasimara has helped in enhancing operational preparedness in the eastern sector: IAF officials pic.twitter.com/DoH5pqxh0D 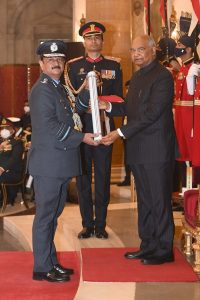 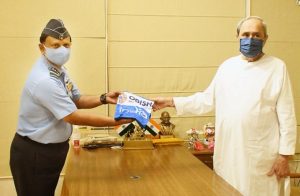 Jagannath Temple In Odisha’s Puri To Be Shut For Devotees For 4 Hours Today; Check Timings