[Watch] Alleged Rape Survivor Paraded In Delhi: She Was Hit By Women Amid Cheers 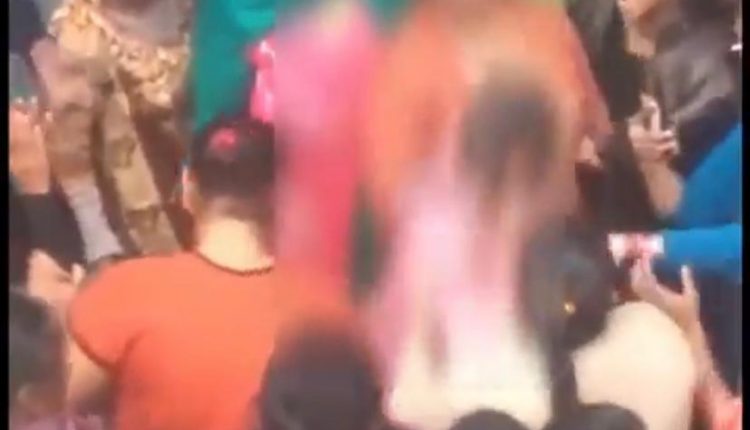 New Delhi:  In a bizarre incident, an alleged rape survivor was paraded by her neighbours in Delhi and beaten while everyone cheered. Her hair was shaved and face blackened, the Delhi Commission for Women said on Thursday. Four women have been arrested after the video surfaced online.

Delhi Commission for Women Swati Maliwal, who met the woman, in a tweet said that she has demanded the Delhi Police for action and more arrests.

“A 20-year-old girl was gang-raped by illegal liquor sellers in Kasturba Nagar. Her head was tonsured and black paint put on her face and then she was paraded and she was paraded in the streets wearing a garland of slippers. I am issuing notice to Delhi Police. All the accused men and women should be arrested and the girl and her family should be given security,” Ms Maliwal said while sharing the video.

“Ms Maliwal met the survivor who informed her that she was abducted from her home and gang raped by 3 men who are involved in illicit trade of liquor and drugs locally. While they were gang raping her, the women present therein were instigating the men to rape her. She further informed that they beat her up brutally, shaved her head, blackened her face and made her walk around the neighbourhood with a garland of slippers and shoes,” the women panel said in a release.

The Commission has also sought details of any previous complaints against the accused persons especially regarding their involvement in illegal liquor and drug trade.

According to the survivor’s sister, a boy living in the neighbourhood who claimed to be in love with the woman committed suicide in November last year. “His family blames my sister for their son’s death,” NDTV quoted her as saying.

According to a senior police officer, they received information yesterday that some women have abducted a woman, thrashed and threatened her. The police rescued the victim from the accused’s house; counselling and medical of the victim was conducted.