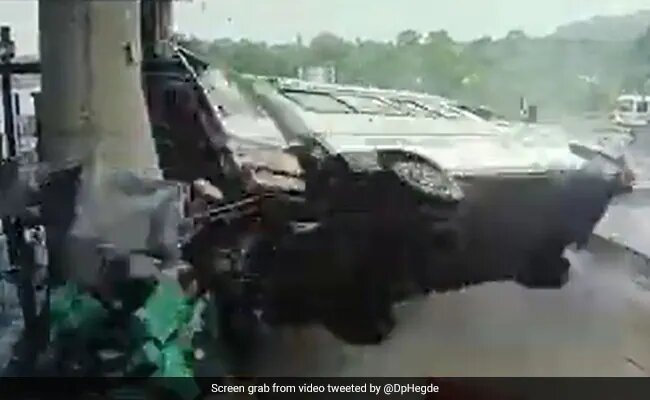 In the CCTV footage of a toll plaza tweeted by Dr Durgaprasad Hegde, some men who appear to be security guards and toll operators are seen scurrying to remove three plastic barricades from one of the lanes on seeing the ambulance approach, NDTV reported.

The footage shows one of the guards successfully removing two barricades before the toll plaza. But the last barricade remains near the boom barrier, which a man manages to pull out, but only halfway. By then the ambulance was almost at the toll plaza. Suddenly, the ambulance skids on the wet road and swerves towards the toll booth cabin.

Over 2,000 Schools Run With 1 Teacher Each In Odisha, Says Minister