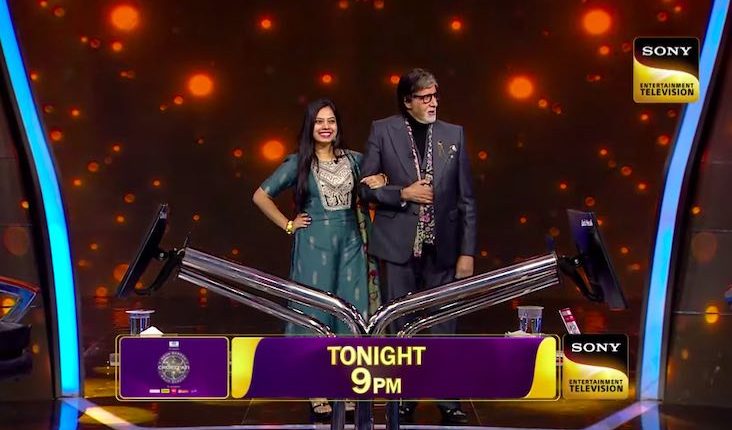 While sitting on the hot seat, Pooja asked Amitabh if his daughter-in-law Aishwarya Rai, an actress and former Miss World, ever taught him how to do the ‘ramp walk’. When the megastar answered in a negative, she asked if he would be interested to do the ‘lion walk’ with her.

Pooja opted for the ‘lion walk’ instead of the ‘cat walk’ as she wanted to make it look more graceful with the host.

Pooja also spoke about how her mother mortgaged her gold ring so that she could participate in 2014’s Miss Odisha beauty pageant. She also handed over a cheque for Rs 3,20,000 to her father as a tribute to his hard work to fulfill her dreams.

This is the week of ‘Asha Abhilasha’ at KBC 14 and Amitabh is making efforts to fulfil all the wishes of the contestants.