[Watch] KBC 14: Amitabh Bachchan Gets Emotional As KBC 14 Contestant From Odisha Reads Him A Letter 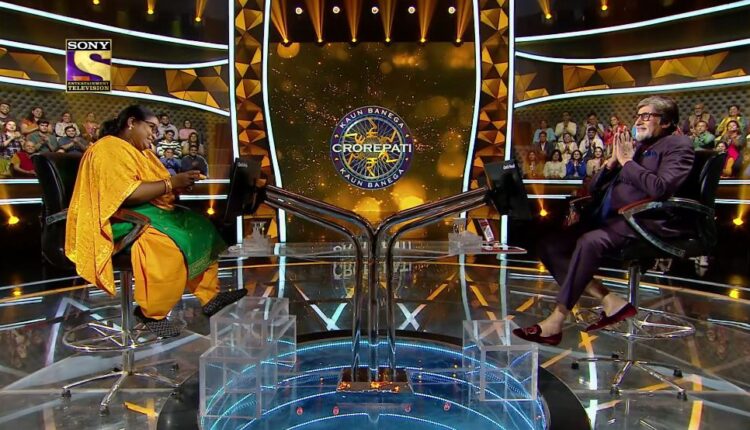 Bhubaneswar: Amitabh Bachchan got emotional on the sets of KBC 14 when a contestant, Jyotirmayee Mallick from Odisha, on the hot seat read out a letter and called him ‘superstar of the century’.

In the promo released by Sony TV on Tuesday (September 13) for the upcoming episode, Jyotirmayee, an Assistant Superintendent of Post Office in Bhadrak, is seen making her way to the hot seat and reading out a hand-written letter for senior Bachchan that moved his heart.

Written in Hindi, the letter said, “Respected Amitabh Bachchan ji, I do not know if we can ever be like you, but you have proved time and again that you are one of us. You pull the chair for us, wipe our tears with your own handkerchief, meet the audience… Sometimes I think to myself, a superstar like you can only come once in a century.”
Amitabh was seen folding his hands while smiling and getting emotional, “Bohut bhavuk kiya aapne humko (You have made me very emotional).  He then walked towards Jyotirmayee and said he would keep the letter with him.

The episode will be aired on Sony Entertainment Television at 9 pm on Wednesday.
Share FacebookTwitterGoogle+ReddItWhatsAppPinterestEmail