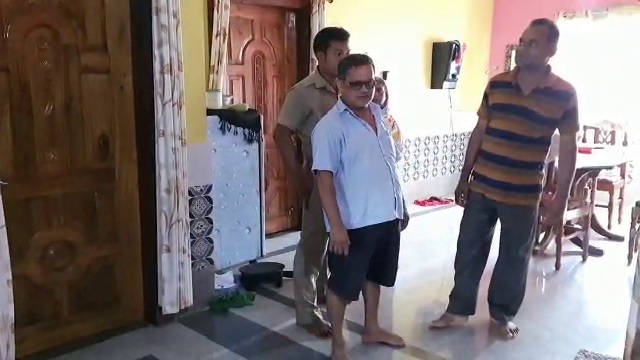 Dhenkanal: Six miscreants looted a huge amount of cash and ornaments worth lakhs from a businessman’s house at gunpoint in Sadanapada under Parjang police limits in Odisha’s Dhenkanal district on Thursday night.

According to sources, the miscreants, armed with a pistol and sharp-edged weapons, broke into Binaya Kumar Sahoo’s house and locked his family members inside a room.

They robbed Rs 7 lakh cash and gold as well as silver ornaments worth Rs 15 lakh from his house. Sahoo was not present in the house at the time of the incident.

“The miscreants climbed the terrace and entered the house through the staircase. My wife and daughter were surfing videos when the miscreants broke in and thrashed them. The robbers looted cash and ornaments,” Sahoo told media persons. Neighbours rushed to the spot after they heard his wife screaming and informed him.

Sahoo’s wife said the miscreants threatened to kill them. “They threatened us with a pistol. They looted all the cash along with jewellery and locked us up. We shouted for help from our window and neighbours came to our rescue,” his wife Anupama said.

On being informed, Parjang police arrived at the spot and initiated a probe along with a scientific team and a dog squad.