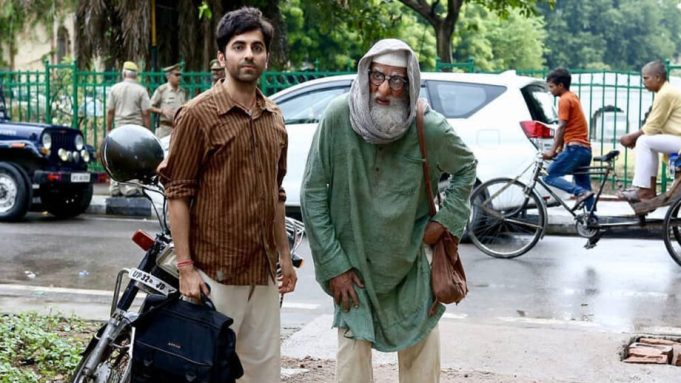 Mumbai: When fans are eagerly awaiting the release of ‘Gulabo Sitabo’, actor Ayushmann Khurranna took to social media on Wednesday to share a rib-tickling track from the movie.

The 1 minute and 37 seconds long song titled ‘Jootam Phenk‘ is a light-hearted track which comes as a refreshing change from other songs.

Actor Piyush Mishra lent his voice to the song while Abhishek Arora has composed the music and Puneet Sharma has penned the lyrics.

Talking about the song, Piyush said, ”Jootam phenk” is a phenomenal song that beautifully captures the quirks of Mirza and Baankey. The composer Abhishek Arora and director Shoojit Sircar reposed immense faith in me to add a certain sense of drama to Puneet Sharma’s fantastic lyrics to create this refreshingly fun track. They had the foresight that this would elevate the music to a performance rather than just a song. It also speaks volumes of the staggering conviction with which it is created. It was truly incredible to be a part of this project and I hope the audience will love it equally.”

In the upcoming flick ‘Gulabo Sitabo’, Ayushmann is portraying the role of tenant Baankey and Amitabh Bachchan will be seen as landlord Mirza.

The film was scheduled for an April 17 release. However, the film couldn’t hit the big screens due to the lockdown because of the COVID-19 pandemic.

Now, the film will premiere worldwide on Amazon Prime on June 12.

Donations By Companies To PM-CARES Fund Finally Notified As CSR