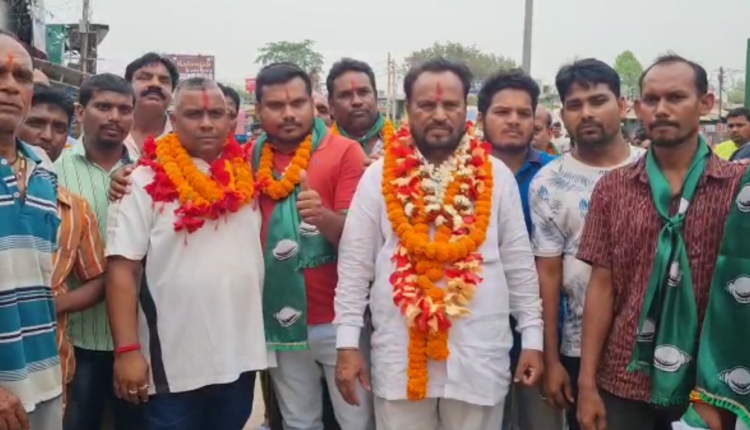 Sonepur: A newly elected councillor of BJD has landed in the soup for firing in the air from a rifle during victory procession after the election results of Sonepur Municipality were declared on Saturday.

The ruling party leader, Kairu Swain, had contested for councillor post of ward No-9 of the municipality in the elections that concluded recently. Following counting of votes, Swain was declared winner by the election officials.

After the announcement of the result, the supporters of Swain, who is a former chairman of the municipality, brought out a celebration rally in the ward. Swain also accompanied them.

While the rally was being taken out, Swain fired in the air from the rifle in presence of a large crowd. The video of the BJD leader’s act has gone viral in the social media.

Following the incident, police have detained Swain and his relative Rambahadur Singh at Sonepur police station and were questioning them. The rifle used in the firing has also been seized.