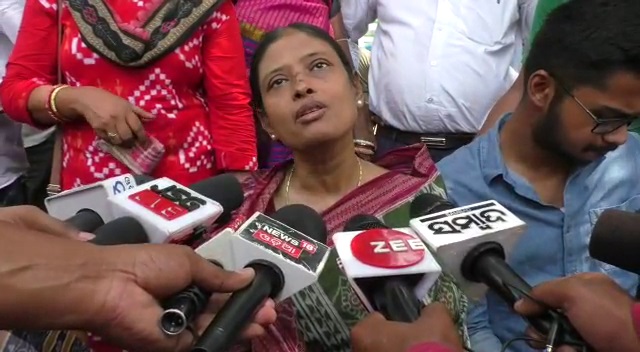 Jharsuguda: BJD candidate Alaka Mohanty won by a landslide margin of over 65,000 votes in the byelections from the Brajrajnagar Assembly seat in Odisha’s Jharsuguda district.

The results are yet to be declared officially.

In a first since the 2019 general elections, the Congress bettered its performance and came second with party candidate Kishore Chandra Patel securing 27,565 votes. BJP’s Radharani Panda, who represented the constituency from 2014 to 2019, secured 22,316 votes.

Twenty rounds of counting were held. The BJD was leading from the first round and continued to increase its lead as counting progressed.

“I am grateful to Chief Minister Naveen Patnaik. I also want to thank party workers who worked for me in the scorching heat. Besides, I am thankful to the people of Brajrajnagar for their support. I will work hard for the overall development of the constituency,” she said.

“People of Brajrajnagar voted for me because of the work my husband did during his tenure as MLA,” she added.

The bypoll was necessitated after the death of Kishore Mohanty last year.