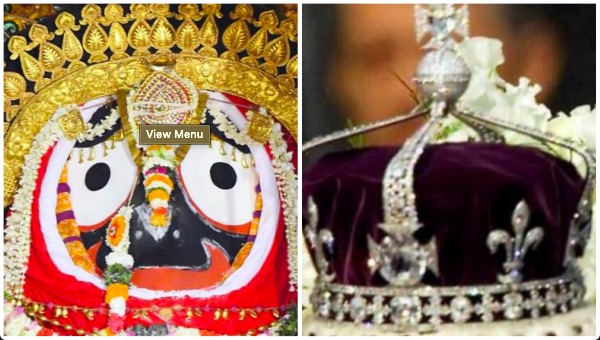 Bhubaneswar: The demand to return the Kohinoor diamond to India was rekindled after the passing of Queen Elizabeth II on September 8, 2022. The word ‘Kohinoor’ with tens of thousands of tweets also began trending in India.

One of the world’s most popular gems, the Kohinoor was reportedly found in India in the 14th century during coal mining in the Kollur mine at Guntur in Andhra Pradesh during the reign of the Kaaktiya Dynasty and reached Queen Victoria after the annexation of Punjab in 1849, when the 10-year-old prince of Punjab, Duleep Singh, handed it over to Lord Dalhousie in keeping with the Treaty of Lahore. It then took pride of place at the top of the crown made for the Queen Mother in 1937.

Since Kohinoor diamond is said to bring bad luck to men as it has been passed from male to male in lots of bloodshed, only women have been wearing it since it got into British hands. Daily Mail reported that the crown with its ‘infamous’ diamond will now be passed on to Camilla Parker Bowles, who became the Queen Consort of the United Kingdom after her husband King Charles III assumed the throne.

But did you know 105 carat Kohinoor could well have been adorning the idol of Lord Jagannath at Srimandir in Puri instead of becoming a jewel in the crown?

According to a letter preserved in the National Archives in New Delhi, Maharaja Ranjit Singh, who ruled large parts of northern India in the late 18th and early 19th centuries, had wished to offer the Kohinoor to Lord Jagannath. His wish conveyed by his head Brahmin, Bhai Gobind Ram, when the Maharaja was on his deathbed, was opposed by his chief treasurer Misr Beli Ram, who argued that the diamond did not belong personally to him but to the Sikh state and should go to his heir.

This last wish of the Maharaja has been elaborated in the fifth chapter ‘Ranjit Singh: The Kohinoor in Lahore’ of the book, ‘Kohinoor: The story of the world’s most infamous diamond’, authored by William Dalrymple and Anita Anand.

During the launch of the book in 2016, Dalrymple told HT that this last wish of the Maharaja was sourced from the Maharaja’s court journal ‘Umtad-ul-Tawarikh’.

“The chief treasurer hid the Kohinoor and later did give it to Kharak Singh. However, the saddest part of the history of this turbulent diamond is when the innocent 10-year-old Maharaja, Duleep Singh, was made to sign the formal Act of Submission which was later known as the ‘Treaty of Lahore’ and handed over to the East India Company on March 29, 1849. The treaty demanded the Maharaja to surrender the diamond to the Queen of England,” he was quoted as saying.

Jagannath Sena convenor Priyadarshan Pattnaik told Odisha Bytes that they will submit a memorandum to President Droupadi Murmu in New Delhi on Monday (September 12) over their demand to return Kohinoor to Lord Jagannath, who he claims is the rightful owner of the famed jewel and Kalijuga Harekrushna Pratihari has the letter of intent or ‘will’ which Maharaja Ranjit Singh had given while praying to the Lord for restoring his eyesight.

“We will also submit a memorandum with the British High Commission in New Delhi. And also organise a fast at Jantar Mantra if the demand is not met,” he said.

The outfit, which had earlier written to British Queen Elizabeth II, is also contemplating moving the International Court of Justice over this demand.

“The Queen had said that the rare diamond is under the British government’s authority and asked us directly contact the British government over the dispute,” he said, adding, that they, however, were then denied a visa to travel to England since they did not have enough money in their account.

Researcher Anil Dhir also said that there is ample documentary proof that Maharaja Ranjit Singh had donated the diamond to the Jagannath temple before his death in 1839. “Just ten years after Ranjit Singh’s death, the British took away the diamond from his son, Dalip Singh, in 1849, even though they were fully aware of it being bequeathed to Lord Jagganath at Puri,” he added.

The British government, however, has long maintained that there is no legal ground for restitution of the diamond since it cannot be categorised as an object stolen but gifted as compensation.