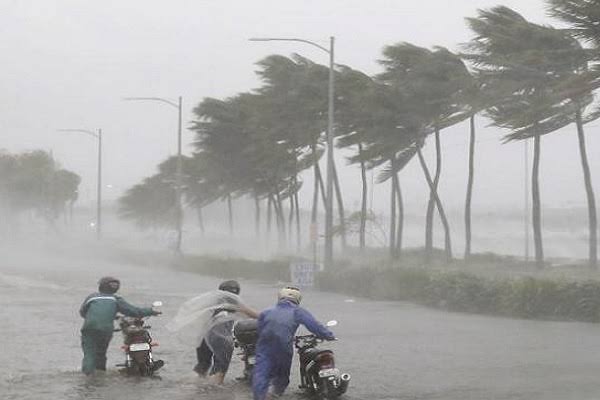 Bhubaneswar: Ganjam, Puri, Khurda, Jagatsinghpur and Kendrapada will face the brunt of the Cyclone Jawad, which is likely to make landfall along Odisha coast near Puri between Saturday evening and Sunday morning before recurving north, north-east and head towards West Bengal, Bangladesh.

Briefing the media, Special Relief Commissioner Pradeep Jena said that cyclonic storm, which is likely to take form in the next six hours, will recurve in the sea and touch the Odisha coast at someplace in Puri district. “After hitting the coast, the system may again divert to sea,” he said.

Jena said that the wind speed is likely to remain around 90-100kmph at the time of the landfall and may gradually decrease after touching Odisha coast. “There’s also a possibility of the cyclonic system not hitting the coast if it recurves more towards the right. Even then, the system will pass parallel to Odisha coast affecting Ganjam, Puri, Khurda, Jagatsinghpur and Kendrapada,” he added.

Ganjam, Khurda, Kendrapada and Cuttack will experience a wind speed of 80 kmph while it will 90-100 kmph in Puri and Jagatsinghpur, the SRC said.

He further said heavy to very heavy rain is likely in the districts of Ganjam, Gajapati, Puri, Jagatsinghpur and Khurda from Saturday afternoon and it will continue the following day in North Odisha districts.

Red warning has been issued for Puri, Ganjam, Gajapati and Jagatsinghpur and these places may receive above 200 mm rain, he added.

Jena said that ODRAF teams from Koraput and Boudh are being sent to Puri, Khurda, Cuttack and Jagatsinghpur.

The SRC urged people to store drinking water and make alternate arrangements as the power supply may have to be snapped in the affected area. “There is no need for panic buying. The state has enough stock for a month,” he added.

Meanwhile, the Odisha government has cancelled the weekly holiday and all officials have been directed to stay at their respective headquarters. Leave of all government employees have also been cancelled, official sources said.