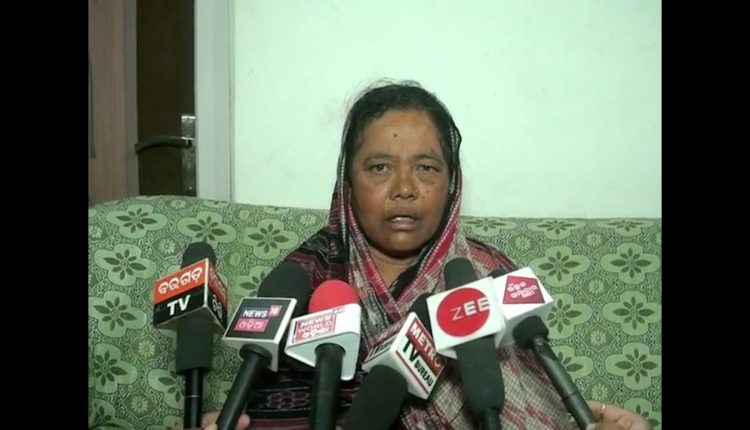 Bargarh: With Padampur Assembly bypoll in Odisha set to be held after the demise of tribal leader and sitting MLA Bijay Ranjan Singh Bariha, his wife on Monday expressed the hope that Chief Minister Naveen Patnaik will ‘bless’ her with a BJD ticket to contest the by-election.

“I am hopeful of getting a ticket. I hope the Chief Minister will shower his blessings and give me a ticket for the bypoll and enable me to fulfill the dreams of my husband. I am keen to serve the people Padampur,” said Tilottama Singh Bariha.

Stating that she seeks to fulfill her husband’s dreams, she told media persons that the constituency encounters a number of problems including water scarcity and issues relating to the farmers and the farm sector.

“Many works initiated by my husband still remain unfinished and we need to complete the remaining programmes to fulfill his dreams,” said Tilottama.

Stating that she will work wholeheartedly for the development of the area if she is given an opportunity, Tilottama said it is for Naveen to take a decision on candidate selection for the December 5 by-election. “He (Chief Minister) has to consider so many aspects before taking a decision. I don’t know what his plans are,” she said

Asserting that her husband worked for the development of the area for over 25 years, she said it is necessary implement all programmes with accelerated pace.

The bypoll in Padampur in Bargarh district is scheduled to be held on December 5 following the demise of senior BJD leader and five-time MLA Bijaya Ranjan Singh Bariha, who passed away at a private hospital late on October 2.

Bariha served as a minister between 2009 and 2011. Naveen made Bariha the state tribal affairs minister in 2009 and SC&ST development as well as minorities & backward classes welfare minister in 2010.