[Watch] Drishyam 2 Teaser Out: Will Ajay Devgn Aka Vijay Salgaonkar Confess To His Crime? 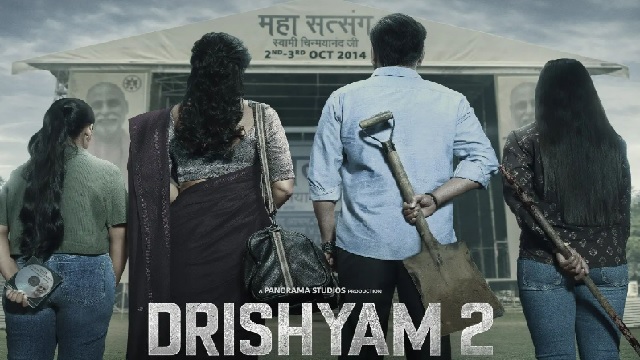 Bhubaneswar: The teaser of Ajay Devgn starrer mystery-thriller movie ‘Drishyam 2’ was released today (Thursday). It is one of the most awaited films since the actor announced it on social media.

The teaser opens with a recap of what all transpired in Drishyam. The story followed Vijay Salgaonkar (Ajay Devgn) and his family, who get caught up in the murder of a boy who was blackmailing his daughter (Ishita Dutta). The story showed how Vijay, his wife (Shriya Saran), and two kids hid the crime while being chased by the ruthless IG Meera Deshmukh (Tabu), the mother of the killed boy.

Earlier, the actor dropped a hint about Drishyam 2. Ajay Devgn took to his Instagram account and shared glimpses of Drishyam Part One. The pictures featured a restaurant bill, a CD of a maha satang of Swami Chinmayanandaji, a bus ticket and movie stubs. The dates on all of them were October 3, 2014. His caption read, “Kuch purane bills haath lage aaj!.”

Drishyam 2 features Shriya Saran, Ishita Dutta, Mrunal Jadhav and Rajat Kapoor in the pivotal role. The movie basically revolved around a murder mystery and was a remake of Mohanlal’s Malayalam film with the same name.

The film directed by Abhishek Pathak, sees the entire principal cast of the first part reprise their roles, with the addition of Akshaye Khanna. The film, produced by Bhushan Kumar, Kumar Mangat Pathak, Abhishek Pathak and Krishan Kumar, is set to release theatrically on November 18.