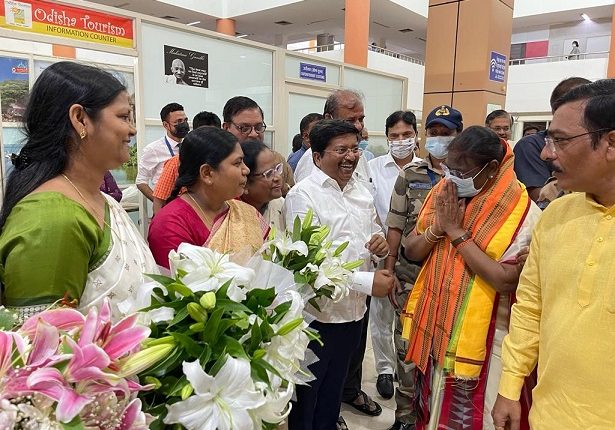 Bhubaneswar: NDA’s Presidential candidate Droupadi Murmu arrived at the Biju Patnaik International Airport (BPIA) in Odisha’s capital on Friday to a rousing welcome. She was escorted to the state Guest House from the airport.

During her visit to Odisha, she will seek the support of MPs and MLAs for her candidature. The Presidential polls are on July 18.

Sharing some glimpses of the Bhubaneswar airport where people of all hues and colours have lined up to accord her a warm welcome. #PresidentialElections2022 pic.twitter.com/7hxROB01kO

Odisha Cadre IAS Officer To Be Empanelled As Secretary