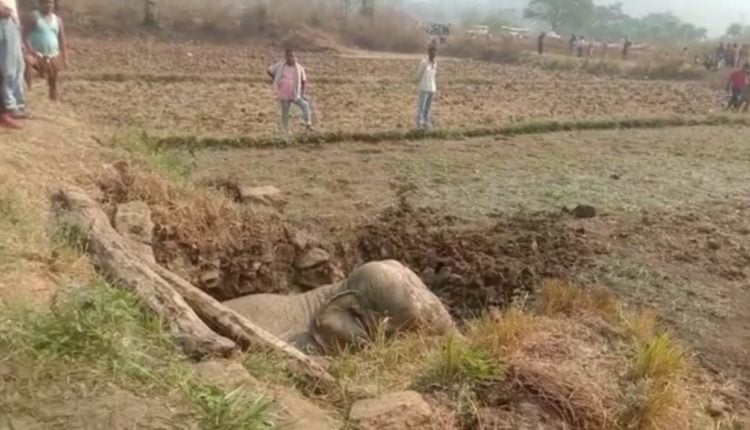 Angul: The elephant that fell into an abandoned well in Odisha’s Angul district was rescued unhurt on Thursday afternoon.

As per reports, a JCB was pressed into service in the rescue operation which was jointly carried out by Purunagada and Jarapada Forest Range staff as well as the local ODRAF team.

Soon after being rescued, the eight-year-old female elephant disappeared into the adjoining Patharagada wild environment.

The elephant had accidentally fell into an abandoned well at Balijereng village in Angul district around 2 am on Wednesday night.

Sources said some villagers heard the frantic trumpet sounds of the pachyderm echoing out of the deserted well amid an agricultural field on Thursday morning and alerted the Forest Department officials, who along with Fire Services personnel reached the spot and initiated an operation to rescue the animal.

The elephant too had been making her all-out efforts to come out of the well.

Till the filing of the report, the rescue operation was still on.

Maha Shivaratri: Have You Heard Of The Odisha Mountain With One Crore Shiva Lingas

Land Acquisition A Smooth Affair For MCL In This Odisha Village

Elephant Killed After Being Hit By Puri-Surat Express; Train…