Maha Shivaratri: Have You Heard Of The Odisha Mountain With One Crore Shiva Lingas 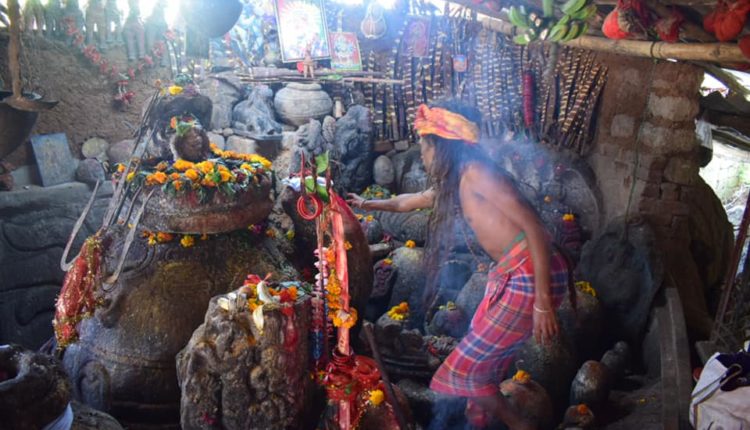 Bhubaneswar: Shaivism was introduced to Odisha by the Bhomyakara dynasty that ruled over the region for 200 years, according to historians. Since then, the worship of Lord Shiva has been a major tradition with several shrines across the state.

Of these shrines, ‘Koti Shivalinga Parbat’ (Mountain of 1 crore Shivalingas) at Kutunipadar in Laxmipur block of Koraput district is famous among devotees for its traditional significance as well as scenic beauty. 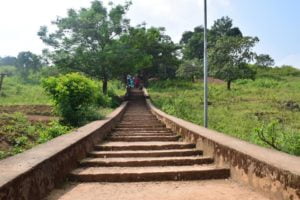 According to Sunari Kuldip, a local priest, the place is dotted with numerous Shiva Lingas and many still buried, waiting to be discovered. The priest along with villagers have also carved many of these to show their devotion to Lord Shiva.

The Shiva Lingas at this place come in various sizes, ranging from a few inches to 4 feet in length.

According to Sunari Kuldip, his family has been carrying out the rituals at the temple for generations. Besides, even the villagers are purely vegetarian as mark of respect to the deity and participate in the Maha Shivaratri festivals at the temple with full fervour every year. 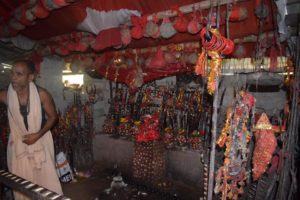 There are 12 brass bells that hang in front of the temple entrance that also has an idol of Goddess Tarnini. Just beyond the entrance, there is a sculpted black horse of the goddess followed by steps towards the temple.

Every inch of the place including the walls are carved with idols of various Hindu deities such as Shiva-Parvati, Kali, Ganesh, Laxmi, Balajee, Jagannath, Bramha and Vishnu. Of these, the prime attraction is the Vishnu Anantashayan idol.

It’s feast for the eye to see such sculptures and caves with beautiful carvings. The centre of the temple has numerous Shiva Lingas. The temple is dedicated to Goddess Tarini with locals believing that she possesses great powers. 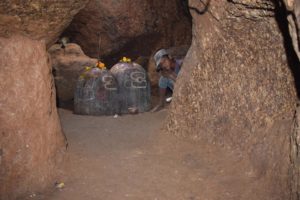 The Maha Shivaratri is also celebrated in a grand manner in the premises of the temple with thousands of devotees thronging it at night with full devotion for Baba Mukteswar.

They observe ‘Jagara’ with earthen lamps on its premises till the holy lamp is taken to the top of the temple. 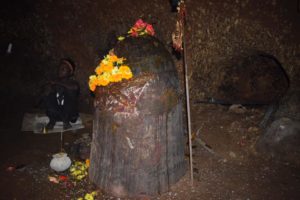 The symphony with the surrounding beauty covered with greenery at Kutunipadar attracts a lot of visitors from different places. The other attractions stand the scenic beauty and the step farming which depicts the wilderness at its best.

Kutunipadar is a small Village/hamlet in Laxmipur Tehsil in Koraput district. It is located 49 km east from Koraput town.

Once In A Year Penance Denied To Shiva Devotees In This…