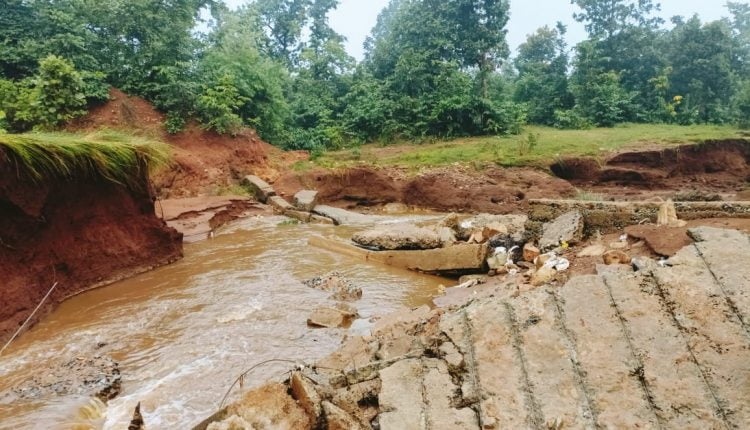 Bargarh: A weak embankment at Kantheshwarpur under Jamartala Panchayat of Padmapur sub-division in Bargarh district collapsed on Friday due to lack of maintenance.

In the Kharif season, the crops in the paddy fields were destroyed, due to scanty rainfall.

The district, which had experienced excess rainfall in September due to low pressure, led to flooding of waterbodies. The embankment structure, which had weakened due to lack of maintenance, could not take the water pressure and caved in on Friday.

The farmers utilise the water to irrigate their paddy fields.

The farmers claimed that their complaints to the authorities department about weak base of the dam. But, they are to take any action, the villager said.

The farmers have demanded for a permanent solution of this problem.

AIIMS Delhi Scandal: Doctor On The Run After Raping Colleague