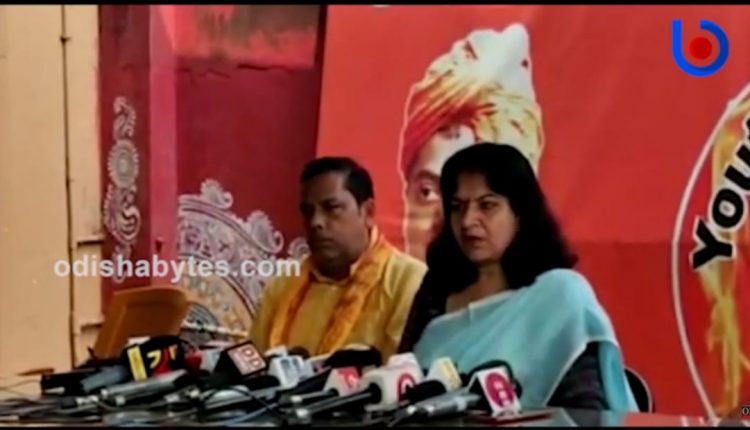 Bhubaneswar: A day after an alleged attack by youth activists of ruling BJD, Bhubaneswar MP Aparajita Sarangi on Friday said that she felt unsafe as a lawmaker in the constituency.

A slogan-shouting crowd hurled stones and eggs at the house, where the MP was attending a function of senior citizens as a part of the Jana Sampark Yatra of BJP, on Thursday. The function was originally planned at the ward office at Acharya Vihar but had to be shifted to a house after people started gathering there to protest against the rising prices of LPG and essential commodities. Undeterred, the mob also shifted to the new location and created ruckus outside the house.

The BJP MP was confined to the house for three hours from around 8.00 pm to 11.00 pm and was later rescued by Bhubaneswar DCP Uma Shankar Das, who rushed to the spot and dispersed the crowd. The saffron party has filed an FIR in this regard at the Saheed Nagar police station.

Strongly condemning the incident, Aparajita lashed out at the BJD leadership, especially Chief Minister Naveen Patnaik, while asking him to take responsibility for the attack incident as the head of the ruling party.

She questioned if the Odisha government was also following in the footsteps of West Bengal.

She also demanded action against those responsible within the next 24 hours. “Those who raised ‘Go back’ slogans did not utter anything on LPG or unemployment. Video footage of Acharya Vihar violence has been submitted to the police,” she said.

Stating that such hooliganism (goonda gardi) should stop, the MP alleged that BJD was intentionally stopping her from reaching out to people and doing her duties. She further claimed the event had to be conducted at the residence of a senior citizen as the organisers were not allowed to hold the programme at the council hall and warned against inviting her.

“From tomorrow, I will visit every place in my constituency. It’s the responsibility of the Odisha government to give me protection,” she said.

The bureaucrat-turned-politician said such orchestrated attacks on her and her supporters will soon put Odisha at the top in NCRB’s crime against women report.

The MP further said that she would raise this issue in the upcoming session of Parliament.

Prior to the Acharya Vihar incident, eggs were hurled on the car of the MP at the Balipatna square by Students’ Congress activists, who were protesting against hike in the price of LPG and essential commodities and rising unemployment under the BJP rule at the Centre. A complaint in this connection has been filed at Balipatna police station.