[Watch] Folk Singer Showered With Buckets Of Cash During Performance 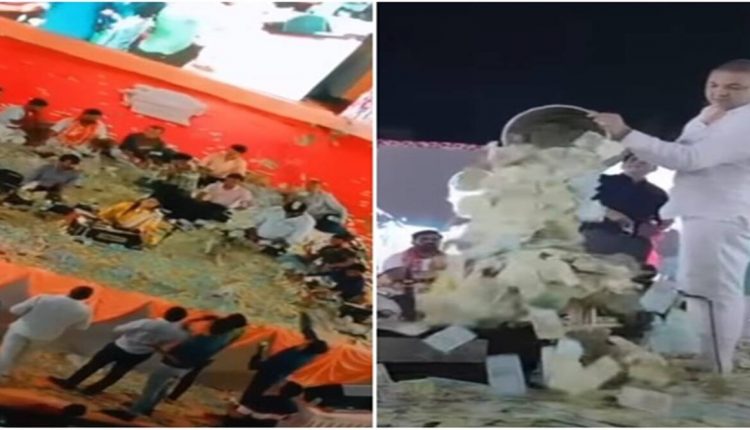 New Delhi: A video of Gujarati folk singer Urvashi Radadiya, also known as the ‘Queen of Gujarati folk’ has taken the Internet by storm. The singer shared a video where she is being showered with cash during a performance. In the video, Radadiya is seen performing on stage with other musicians as a man comes from behind and showers her with a bucketful of cash. The area where she is singing is already carpeted with cash.

The video shows the singer smiling and brushing off the currency notes from the harmonium while continuing with her performance. People were deeply moved by her singing and continued to throw money at her.

Radadiya expressed gratitude to everyone in her Instagram post. She also mentioned that the performance was held during the Tulsi vivah ceremony organised by Shri Samast Hirawadi Group in Gujarat.

Radadiya’s Instagram post has garnered over 13,000 likes. An Instagram user ‘happpiee soul’ commented, “Keep growing, keep shining.” Another user Deepikapatel4540 said, “Very nice didi, lots of love.” Many, however, objected to the currency shower, calling it disrespectful. A user said, “This is very disrespectful. Also why to shower notes like this?”