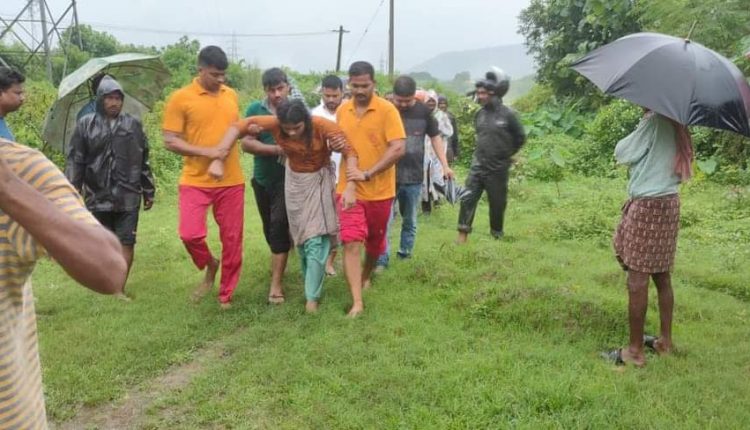 Angul: A young girl jumped into the floodwater of a barrage allegedly to commit suicide in Odisha’s Angul district on Saturday morning.

According to sources, the girl went to the barrage at Samal under Kaniha block and climbed up to its barricade. Apprehending that she was about to commit suicide, the locals moving on the barrage tried to stop her. But she jumped into the flood water from gate 24 of the barrage.

The locals informed the barrage authorities, Fire Brigade and police about the incident. As the water flow stopped after the barrage authorities closed the gate, the local people went down in a boat and rescued the girl. She was rushed to the local hospital in a van. Except some minor injuries sustained in the incident, her condition was stable, said hospital sources.

Later, a team from Samal police station went to the spot and registered a case. The girl belongs to Tipo village in the block. The cause of her attempt to suicide has not been confirmed.