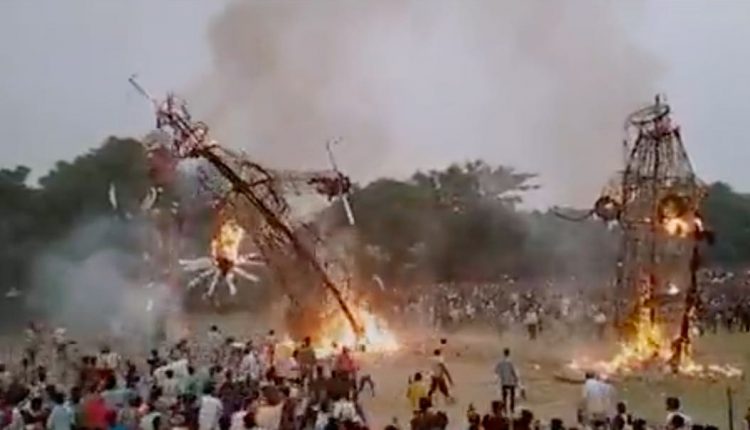 New Delhi: A burning effigy of demon king Ravana collapsed on spectators at a Dussehra event in Haryana’s Yamunanagar on Wednesday, leaving as many as six people injured.

Many people had a narrow escape, ANI reported.

The nearly burnt-out structure can be seen falling on people, who gathered for the event, with some parts of it still ablaze in the video. Check here:

#WATCH | Haryana: A major accident was averted during Ravan Dahan in Yamunanagar where the effigy of Ravana fell on the people gathered. Some people were injured. Further details awaited pic.twitter.com/ISk8k1YWkH

The injured were taken to a nearby hospital and their condition is said to be stable, India Today reported.

Ravana Podi, which symbolises the triumph of good over evil, marks the end of the Durga Puja festivities.