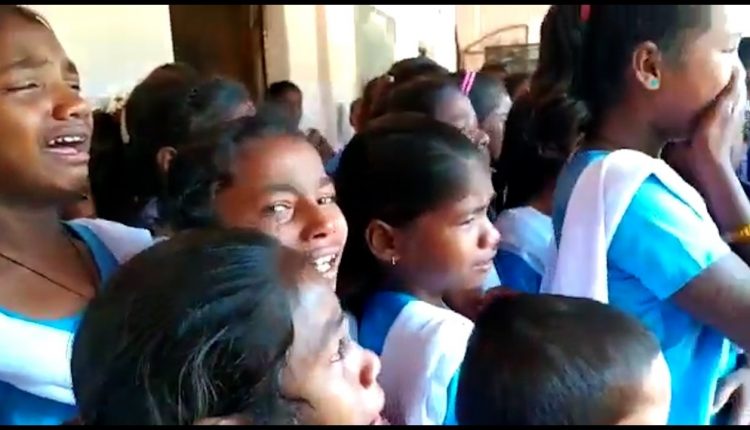 Nabarangpur: A video of students in tears at a government-run school here has gone viral.

The students broke down not because they were scolded by their teacher or have fared poorly in exams. They were upset because the headmaster of their school has been transferred.

Demanding the withdrawal of the transfer order of their headmaster Dibakar Barik, the students broke down at a point at the school in Dabugan.

On Friday, no classes were held as students and parents protested outside the school gate, demanding the withdrawal of the transfer order.

“Besides being a nice human being, he has contributed immensely to raise the standard of education at our school. We will not allow the school to function if he is transferred,” a student told a news outlet.

“I have forwarded the memorandum to the District Education Officer. I also asked villagers to allow the school to function as it has reopened after two years,” Block Education Officer Ishwar Majhi was quoted as saying in a media report.